Her Midnight Sin by Sofie Darling (Spotlight, excerpt, and review) 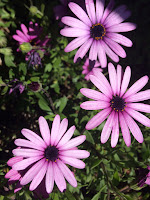 I have the pleasure of sharing a post by author Sofie Darling, who shares the journey of her first book.

SD:
The path to publication for my first book is a bit of a convoluted story, so bear with me.

Even though Tempted by the Viscount is the second book in my Shadows and Silk series, I actually wrote it first. After I’d finished it, I went to RWA’s national convention and pitched it to an editor. She asked for the first three chapters and a synopsis. Months went by, and I didn’t
hear from her. So I figured she’d passed on it. I’d completely moved on and had started writing the next book when I received an email from her, asking for the entire manuscript. Elated, I sent
it.

A few months later, she returned it with revision notes. She wanted me to cut
at least 15,000 words and focus the story more tightly on the main characters and less on the secondary storyline. Because this was an editor with a major publishing house, I gave it a shot.
After a few rounds, the end product wasn’t satisfactory to either of us, and we
decided to part ways. I was tied up in this process for an entire year. It was a huge
learning lesson.

The following spring, I submitted Three Lessons to a few unpublished writing
contests. To my delight, it won one and finaled in two others, a double-finalist in
one of them. This was my signal to start submitting to publishers again. Soon, I found an editor who was excited about my work, and we’ve enjoyed a great working relationship since. Her Midnight Sin is the third book in the series, and I’m currently writing the fourth!