Miss Amelia Beckwith should be over the moon with happiness when the Earl of Lincoln proposes. Unfortunately, the handsome earl is not who he appears to be in public.  She is desperate to escape Lincoln’s cruelty and has only one option left to leave the nightmare behind—RUN.

Racing back to his estate during a horrific thunderstorm, James Harlow, the Duke of Warwick, spots a young woman walking along the road when a bolt of lightning startles her. She tumbles down the ravine and lays like a broken doll at the bottom. Warwick rescues her and with the help of his staff nurses her back to health. There’s only one problem—the woman who has captivated his heart has lost her memory and cannot tell him who she is or where she comes from. Can he find out the identity of this delicate beauty before fate steps in and ruins everything he loves?

Richard Blackwood, the Earl of Lincoln, exited his carriage and walked up the stairs to the Beckwith townhome. It was extremely early for a morning call, but he wanted this business over with. The sooner he got the marriage contract signed, the sooner he could marry Lady Amelia and get his heir on her. He had not liked her little show of defiance last night on the balcony and would make sure she understood that that kind of behavior would not be tolerated in the future. He didn’t care for the chit, but she was the prettiest this Season, and he wanted to ensure that his future son and heir had the best chance of being handsome like his father. He cared not for daughters and would visit the marriage bed only until he had his heir and a spare.

He lifted the knocker and let it bang down.

A somber-looking butler opened the door. “My lord, you are expected. This way, please.”

Lincoln followed him down the hall to the baron’s study. Before they reached the door, a hysterical scream pierced the air. “What the bloody hell was that?”

The butler turned a shade of white and hurried toward the stairs with the earl hard on his heels. They bounded up the stairs to the family level and were met by the baroness, screaming outside a bedchamber.

The baron was trying to calm his wife but wasn’t having any luck. “Grace, calm yourself. This is not helping the situation.”

“What is the meaning of this?” Lincoln demanded, taking in the sight of the hysterical baroness and her husband.

“She’s gone, she’s gone,” wailed the baroness, throwing herself in her husband’s arms. “My darling girl must be kidnapped.”

Lincoln had a sinking feeling that he would not like what the answer he was about to receive. “Who’s gone?”

Lincoln looked between the baron and his wife, trying to parse out the story. “What do you mean missing? Perhaps she is out walking.”

Dudley shook his head. “Her maid is here. Amelia would not go out without Dolly. She is a very responsible young woman and I am afraid I agree with my wife’s assertion that Amelia has been taken against her will.”

Richard strode into the bedchamber. His hands began clenching and unclenching as his fury built. “Where is the maid? I wish to question her.”

A timid-looking maid stepped forward. “I’m Dolly, my lord,” she said with a curtsey.

“What makes you think Miss Beckwith is missing?” he ground out between clenched teeth. He was having a difficult time controlling his anger at this hitch in his perfect plan, but until he had all the facts, he would keep himself in check.

The maid flinched at his tone. “Her bed is cold, my lord, and none of her dresses or personal items are missing.”

Richard pushed past the maid, wanting to see the chit’s room for himself. He took in the scene. Everything seemed to be in order, with no dresses strewn about to indicate a hurried packing of her things. There was also no sign of a struggle, and that led him to believe that, more than likely, Amelia had left of her own volition. “Is there a valise missing?”

Dolly shook her head. “No, my lord. Her valise is still in the armoire.”

Richard pushed aside the dresses. The maid was correct—in the corner sat a valise. If Amelia had run, why wouldn’t she pack a few essentials? Then the truth slammed into his gut. Amelia was much more clever than he had anticipated and hadn’t wanted to leave any clues behind when she fled the townhome.

“Dudley, I’ll talk to you in your study,” Richard said, striding from the room.

“Of course,” the baron said, disentangling his wife from his arm. “I’ll return shortly,” he whispered to her, then directed Dolly to help his wife to her bedchamber.

When Dudley entered his study, Lincoln was pacing like a caged lion. He didn’t get a word out before the earl grabbed his cravat and tightened it in his fist. “What nonsense is this? Where’s your daughter?” 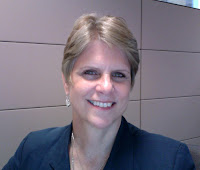 Debra writes sweet romance in contemporary romance and historical romance. She enjoys telling stories and has been pouring out her passion for romance since her teenage years. When she’s not writing, she enjoys working in her garden, motorcycle rides throughout New England with her husband and playtime with her granddaughter.

She enjoys hearing from fans and you can contact her at: dlmartin6@yahoo.com. She is also the author of the blog, Two Ends of the Pen. The blog features all things books—author interviews, new releases, guest posts and reviews. Be first to know about new releases and contests and sign up for her newsletter at https://twoendsofthepen.blogspot.com
Amazonauthor page