First In by Danika Bloom (Spotlight, excerpts, and review) ADULT title FREE for a limited time!


FREE for a limited time!

He's a career firefighter trying to fast-track his life.
Me? I'm a 5'2" volunteer, still trying to figure mine out.

I was in my last year of nursing.
I was engaged.
I was only supposed to come back to my hometown for three months.

But here we are, two years later. I didn't finish my degree. My fiancé left me. And I'm about to lose the family home. Ostie de calice.

So when hot as Hades, Nick West, rolls into town and steals the chief position--a job everyone knew was mine--what choice did I have but to accept the offer to be his deputy?

Now things are messy because I'm wrecking his career and he's breaking my heart.
The town is too small for us both, and since I was here first...


Two hours later, I’d met and worked with eight of the crew of the Lily Valley Volunteer Fire and Rescue, including the event’s IC, Sophie Beaulieu. I’d never seen such a small firefighter in my life. No way she’d make it on a career crew. Hell, the jaws of life weighed more than she did.


But she was smart and fast and worked well under pressure. There weren’t that many decisions I’d have made differently in her shoes. I had to give her credit, she was a good Incident Commander. For a volunteer.


And damn was she ever cute.  She could be stunt stand-in for Arya Stark, with her short, dark hair and those eyes… grey when she was barking orders at me—which I did not appreciate—but when we were taking a breath after the paramedics took over, her eyes were a shade of green that made you want to stare deep into them to see what kind of magic was burning there.


She was nothing like the women I was used to dating. Dating… that’s a stretch. The women I was used to having pre-fuck drinks with is more accurate. The women I met when I needed to get out of my head and forget a hard day at work. They met the cleaned-up, buttoned-down version of me which was about as authentic as they were with their Instagram-perfect make-up and push-up bras. Women who were as hungry for distraction as I was.


In just two hours, I felt like I knew more about this pint-sized firefighter than any of those flings. And, I really liked being near her. In a situation that normally left me needing a lot of booze and a naked body to remind me that I was still alive, I felt alive just working alongside Sophie. Alive and happy, despite the shit show of a car accident with a fatality.

This title is FREE for a limited time but please check price before purchasing. 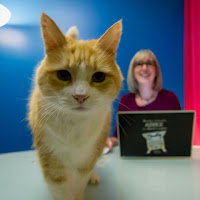 Fair warning, this is an intense excerpt, so probably skip if you have triggers or are squeamish!


“Does anyone have any first aid training? Any at all?”


The cars were about 100 yards from each other. I ran to the closest one. An older man, probably in his seventies, was in the driver’s seat. He was alone. His windshield was smashed and his face was covered in blood.


No response. I checked the pulse in his neck. Alive and unresponsive. Looking around I saw a middle-aged man in outdoor gear standing with what were probably his teenage daughters. I motioned him to come over.


He stared at me.


The teens moved with him.


“I need you to keep this guy company until the paramedics arrive. Don’t touch him. Just talk to him. Say any shit you think of. Tell him about your kids, where you were headed, anything. Just keep talking and keep it calm.”


I scanned the crowd and pointed to a couple of young guys, “Come with me.”


They obeyed. We ran to the farther car. It was bigger, taller, an SUV. The upside? Lower likelihood of catastrophic injuries. The downside—higher chance there’d be more than one person in the vehicle needing medical attention.


The driver was trying to get out but his door had been crushed. He’d rolled the van but thankfully physics had been on his side so he was wheels down again. All the windows were shattered.


I pointed at the guys with me, “Wait.” Then I approached the driver’s side, “Sir.”


He gave me ‘the look.’ He was in shock, had no idea what had happened.


“Sir, you’ve been in an accident. What’s your name?” I used my elbow to push away glass so I could get a better look inside.


“Oliver,” he said, looking at me with wide eyes, tiny pupils.


Beside him, his wife I assume, had taken the brunt of the impact. They don’t call it the suicide seat for nothing. Clearly he anticipated the hit and steered to try to avoid it. What he hadn’t anticipated was the soft shoulder.


I motioned for one of the two guys to join me and spoke quietly to him, “This is Oliver. Talk to him and keep him focused on you. Don’t let him look at his wife.”


Crossing behind the van to see if anyone else was inside, I approached the woman in the passenger seat who was clearly unconscious. Her pulse was strong but there was zero chance she didn’t have a serious neck injury. Just as I was about to call 9-1-1 myself, to advise dispatch to send three ambulances, Oliver leaned across and shook his wife’s shoulder.


I grabbed his hand and held it away from her body.


“Sir. Don’t touch her. She needs paramedics. You’ll do more harm than good.”


The driver dropped his arm and stared at his wife.


I looked for the second guy, to get him to find a door we could open so when first responders arrived they’d have quick access to stabilize the passenger. The idiot was walking away from me.


He ignored me and started to jog—in the wrong direction.


Turning back to the first guy, I said, “Try to get the driver’s door open. If he cooperates, let him stay where he is. But if he starts to touch his wife again, encourage him to get out. But don’t pull or push him. Let him move on his own. Clear?”


“Over here,” the runner called to me. He was twenty yards up the road and standing in the ditch, waving wildly.


I ran, hoping against hope that he wanted to show me some wildflowers in the ditch. Wishful thinking. What I saw was so not good. I put my hand on the guy’s shoulder and turned him away from the child laying lifeless in the mud. Despite a decade of emergency medical calls I knew that even I’d be needing to debrief this with a professional.


“Look at me,” I said, forcing him to make eye contact with me, “Call 9-1-1. Tell them we need air evac for a toddler. Say Captain West of Vancouver Fire and Rescue is on-scene. Got it?”


He nodded and was pulling out his phone before I finished my sentence.


I dropped into the muck and rolled a child of no more than five onto my extended arm so I could pick him up with as little movement to his spine as possible. I needed him on solid ground. As I lifted him I took one breath to redirect my rage at the parents who didn’t think car seats were necessary, into something a little more productive.


I gently lay him down on the pavement and checked his pulse. Nothing. But he was so small and my heart was pounding so hard I knew I might not feel it even if he had one.


No eye flutter. No chest movement. I pinched his arm. No response.


The first guy had gotten the dad out of the car and was walking him toward me.


“Keep him away from here,” I yelled. I pushed a button on my watch and started CPR.


A few hundred compressions later, I noticed that two fire trucks were on-scene. All my focus was on making sure the blood was circulating in this small body so that if he could be resuscitated he’d actually stand a chance at having a functioning brain.


“Merde,” I heard as the boots and legs of a firefighter in full turn-out gear stopped in front of me.


“Get me your AED,” I said without looking up.


No response. I looked up and made eye contact with her, “Now!”


She looked startled. Deer in headlights. But she followed my command.


“Go for Joe,” a voice on the radio replied.


“Has your driver got a pulse?”


“Sir, how long have you been doing CPR?” She asked.


I checked my watch, “8 minutes 27 seconds.” I stopped compressions, checked the boy’s pulse. Nothing. “I need that  AED. Now!”


“I don’t care if you’re the fucking Queen of England. Get the scissors and cut this kid’s shirt off.”