The Baby Contract
by
Nan Reinhardt

Firefighter and paramedic Tierney Ashton has always been a bold adventurer, but at thirty-four she longs to embark on a new adventure—motherhood. But who will be the father? Although financially challenging, a sperm bank appears to be her best option. That is, until she shares her dream with her long-time pal, Brendan Flaherty.

Government analyst and world traveler Brendan Flaherty returns home to River’s Edge to help out at his family’s thriving winery and his brother’s new community theater. He also plans to finally achieve his lifelong goal of writing a novel. But when Tierney shares her wish, Bren offers to be her baby daddy—with one condition. Marriage.

It seems like a perfect contract, but will love get in the way?

Three texts from Bren—he’d heard about the fire—wondering if she was okay. He was moving into his cabin; did she want to come up to the winery and help him celebrate. And, hey, it was almost midnight, where was she?

She smiled. Good old Brendan Flaherty. Her buddy had returned home from Washington, DC, nearly a year and a half ago. It was good to have him back in River’s Edge. He’d been her older brother, Mike’s, best friend since elementary school and had always treated her like his own little sister. He’d stepped right in as surrogate big brother when Mike died in Afghanistan fifteen years ago, and the two of them had helped each other through the grief. She treasured their friendship, especially now that Bren was home to stay.

Her eyes went to the photo on the mantle above the fireplace in the living room—Mike and Bren on their bikes with her sitting on Mike’s cross bar, his arm around her skinny form. The boys had been in seventh grade in the picture and at eight years old, Tierney had worshipped her older brother, although she’d always found his best buddy a little geeky. Actually, both Mike and Bren had been kind of nerdy—into computer games and science experiments and exploring the caves down by the Ohio River.

Bren was still geeky, but in the nicest way possible. He still made a point of looking after Tierney, even though at thirty-four, she was quite capable of taking care of herself. She went into the kitchen, refilled her coffee mug, and retrieved the box of marshmallow cereal from the pantry. Plopping back down at the table, she ate fingersful of dry cereal directly from the box while she texted Holly to let her know she’d be there at three and then Bren to reassure him that she was fine and would love to come out to the winery to celebrate his new digs. 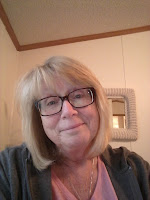 Nan Reinhardt is a USA Today-bestselling author of romantic fiction for women in their prime. Yeah, women still fall in love and have sex, even after 45! Imagine! She is a wife, a mom, a mother-in-law, and a grandmother. Nan has been a copyeditor and proofreader for over 25 years, and currently works on romantic fiction titles for a variety of clients, including Avon Books, St. Martin’s Press, HarperCollins, Kensington Books, Tule Publishing, and Entangled Publishing, as well as for many indie authors.

Although she loves her life as an editor, writing is Nan’s first and most enduring passion. She can’t remember a time in her life when she wasn’t writing—she wrote her first romance novel at the age of ten, a love story between the most sophisticated person she knew at the time, her older sister (who was in high school and had a driver’s license!), and a member of Herman’s Hermits. If you remember who they are, you are Nan’s audience! Her latest series, the Four Irish Brothers Winery series is available from Tule Publishing and all book retailers. Books 1 through 3 are currently available; Book 4 releases July 16, 2020 and is available for preorder.

Visit Nan’s website at www.nanreinhardt.com, where you’ll find links to all her books as well as blogs about writing, being a Baby Boomer, and aging gracefully…mostly. Nan also blogs every third Tuesday at Word Wranglers, sharing the spotlight with five other romance authors, is a frequent contributor the RWA Contemporary Romance blog, and she contributes to the Romance University blog where she writes as Editor Nan.


Nan Reinhardt will be awarding a set of 6 handmade wineglass charms and a $10 Starbucks gift card. (USA only) to 5 randomly drawn winners via rafflecopter during the tour.