Spells for the Dead by Faith Hunter (Spotlight, excerpt, and GIVEAWAY)

Spells for the Dead
by
Faith Hunter


About Spells for the Dead:

Nell Ingram is a rookie PsyLed agent, using the powers she can channel from deep within the earth to solve paranormal crimes. Together with her team, she's taken on the darkest magic and the direst foes. But she'll need to tap into every ounce of power she has for her newest case.

Nell is called to the Tennessee mansion of a country music star and finds a disturbing scene—dead bodies rapidly decaying before everyone's eyes. The witch on her team, T. Laine, knows this can only be one thing: death magic, a rare type of craft used to steal life forces. PsyLed needs to find this lethal killer fast. But when a paranormal-hating FBI agent tries to derail the investigation, they find themselves under attack from all sides.

There were a whole lotta possibilities in the little I knew. JoJo’s “Be careful” implied the scene was still potentially dangerous. More significant was that the dead on-site would be transported to the University of Tennessee Medical Center in Knoxville, which had one of only a handful of forensic pathologists in the United States who also had a secondary certification in paranormal medicine. Para med was a rare specialty, and Nashville, which was much closer to the crime scene, had no such pathologist and no paranormal unit for patients. So, dead bodies, danger, paranormal, all sounded bad, but the bucolic setting was peaceful and the calm, measured body language of the first responders said everything was under control.

Maybe all the bodies were gone by now. That would suit me just fine. Having grown up at a church that practiced a form of communal farm living, I’d seen plenty of dead things, and even knew how to butcher animals for meat if necessary.

My phone vibrated and I looked at the screen. It was my sister Mud, and I let the call go to voicemail, knowing it was trouble I didn’t have time to deal with right now. She’d text me if it was something really urgent, but it had to involve spurting blood, active flames, or dead bodies to fall under that category. Arguments between sisters didn’t count no matter how bad they got. We had tried it the other way around, calling only when urgent, but I used texts for work, and the constant dinging of family texts was distracting, so they were used for true emergencies, calls for minor things. If my sisters killed each other, well, I’d deal with the mess and the cleanup when I got home. I ignored the voice mail too, though I wanted to bang my head on the steering wheel in frustration.

The coroner’s van trundled behind my vehicle, so I got out, made sure my weapon was securely seated in its Kydex shoulder holster, put on a casual jacket, and smoothed the driving wrinkles from my work pants. Opening the trunk, I retrieved my handheld psy-meter 1.0 and did a quick scan of the grounds and the house. Psy-meters picked up paranormal energies known as psions, but there was nothing much beyond normal ambient energies present outside. I put the psy-meter away and lifted out the milk crate that held my faded pink blanket and the potted tree before closing the trunk. “Sorry about the dark on the ride over,” I told the tree. “I’ll try to get something rigged so you can sit in the sunlight while I drive.”

Faith Hunter is the award-winning New York Times and USAToday bestselling author of the Jane Yellowrock, Soulwood, Rogue Mage, and Junkyard Cats series. In addition, she has edited several anthologies and co-authored the Rogue Mage RPG. She is the coauthor and author of 16 thrillers under pen names Gary Hunter and Gwen Hunter. Altogether she has 40+ books and dozens of short stories in print and is juggling multiple projects.

She sold her first book in 1989 and hasn’t stopped writing since.

Faith collects orchids and animal skulls, loves thunderstorms, and writes. She likes to cook soup, bake bread, garden, and kayak Class II & III whitewater rivers. She edits the occasional anthology and drinks a lot of tea. Some days she’s a lady. Some days she ain't. 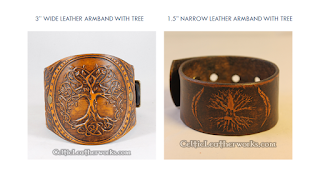 Enter to win some fabulous prizes!
Giveaway is open to US residents only.


Check out all the tour stops at LTP