Alex once walked away from a rare ability to warp time, thinking it was only a young man’s trick to play basketball better. Now, as a father and teacher, he needs to relearn the skill before the past begins to destroy his own future. To protect his daughter and his most promising student, he must stop the school at which he teaches from turning the clock back to an era of intolerance. He wants desperately to use his unique gifts to help an old high school friend solve an ancient Maya mystery offering a rare chance to bridge the past and the future. Both are possible, but only if Alex can learn to control his temporal talents before he runs out of time.

"Dad. I did not flirt with those boys, okay? Ick. They're wannabe skinheads. Look, I was nice to them when I talked to them, probably nicer than I would've been. But that's just common sense. Who's going to give you information if you're rude? Come on." Alex had to agree.

Teddie was angry at Ms. Johnson's accusation, but Alex wondered if she resented being accused of flirting, or of flirting with these particular boys. Either way, from Teddie's point of view she'd done nothing wrong.

"Shouldn't you have told the boys you were asking about their projects on behalf of the school paper?"

"Oh, that would have gotten me a lot of information. Those kids really believe all school-sponsored activities are part of a liberal propaganda machine. Seriously paranoid people."

"Well, you've made an enemy in Ms. Johnson, dear. I don't think she's a fan of mine now, either."

Teddie winced. It was hard enough being a freshman without having to worry about how everything you did reflected on your teacher father.

"You know, dad, I don't think Ms. Johnson is the kind of friend you want anyway. I hear she tows the line in front of the administration, but in the classroom, she comes out with some pretty racist things. She always phrases them like questions, so if they get repeated they don't sound so bad, but her class spends a lot of time talking about things that make some kids uncomfortable."

"Teddie, you're exaggerating. If that were the case, kids would be speaking up, to their parents, and to the department head."

Teddie responded with her you-adults-do-not-understand expression. "Dad, if a kid reports her, she twists it around like they were having a class discussion and this kid is saying stuff because he didn't do well on a test or something. And that kid can kiss a good grade from her goodbye."

Her dad gave the possibility some thought. "I think the other history teachers would say something if this lady was crossing a line."

More of the look. "Dad, you need to get out of the science department more. Word is most of the Early Gulch history teachers agree with everything Ms. Johnson teaches, even though they keep their opinions more to themselves. The few that object, like Mr. Hanson, they don't last long. I think the whole history department is part of some racist group."

"You know what they say. Doesn't mean they're not out to get you. Look, I'm sorry I put you on Ms. Johnson's radar. Be careful, Dad. I think she likes hurting people who don't agree with her." 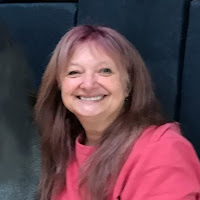 She published her first science fiction short story long ago, and then waited a lot of tables while she looked for inspiration for the next story. When it finally came,  it declared to her it had to be a whole book, nothing less. One night, while digesting this disturbing piece of news, she drank way too many shots of ouzo with her boyfriend. She woke up thirty-one years later demanding to know what was going on.
The boyfriend, who she had apparently long since married, asked her to calm down and  explained how, in a fit of practicality, she had gone back to school and gotten a degree in geophysics and spent the last 28 years interpreting seismic data in the oil industry. The good news, according to Mr. Cronin, was that she had found it to be entertaining and ridiculously well-paying. The bad news was the two of them had still managed to spend almost all of the money.
She was now Mrs. Cronin, and further good news was that they had produced three wonderful children whom they loved, even though, to be honest, that was where a lot of the money had gone. Even better news was that Mr. Cronin turned out to be a warm-hearted, encouraging sort who was happy to see her awake and ready to write. "It's about time," were his exact words.
Sherrie Cronin discovered that over the ensuing decades Sally Ride had already managed to become the first woman in space and apparently had done a fine job of it. No one, however, had written the book that had been in Sherrie's head for decades. The only problem was, the book informed her it had now grown into a six book collection. Sherrie decided she better start writing it before it got any longer. She's been wide awake ever since, and writing away.
Author Social Media Links


Fire Dancing for Fun and Profit


Treasure Hunting for a Good Time


Leaving the Nest to Touch the Sky


Touching the Sky to Save the World