One Night in Boise

Detective Derek Marshek and his wife Cheri like to play games. It’s not that they don’t have a great sex life, but Cheri came up with the idea to keep things even spicier. Suddenly, events at the Seven Bells Motel reveal she may have had other motives. Their son Alex, now in college and seeking to escape the shadow of his father has a new girlfriend. In their efforts to find privacy, he is drawn back into his parents’ lives, and sees a new side of Susie. Could she be the one?

On this night in Boise, will lives be ruined, hearts be broken? One thing is certain. It’s a dangerous game they all play.

“Give me your hand,” Alex said.

Susie reached out, and he helped her through the window.

“Thanks,” Susie said, looking around. “Was this your room?”

There was nothing on the floor, nothing that indicated it was ever inhabited by anyone. A dresser stood in the corner, a few partially open drawers betraying the fact they were empty. A bookshelf leaned against the wall next to it, dust and a discarded magazine the only things on it.

The bed was a twin, made neatly with a plain blue comforter, two pillows offering minimal comfort at the head.

The whole thing looked sad illuminated by the street light coming through the window. There were no curtains, only blinds pulled all the way to the top.

“I’m happy to be with you Suze. Just not here.”

“What is so bad about this place?”

“You can’t go anywhere without being questioned. I got lectured on safety and drunk driving when I was nine. Nine! It didn’t stop until I left. If I even hinted I might be at a party, I got the same talk.”

“My parents hounded me too. It’s what they do.”

“Did you visit the morgue?”

“Yeah, dead bodies, the whole bit.” Alex sat on the bed without thinking.

“To show me what could happen if I screwed up. He only used one discipline tactic: fear.”

Susie sat next to him and took his hand. “Alex, he was probably just trying to be a good dad, and didn’t really know how.”

“I know. Why do you think I feel so guilty? I got so angry at him, really upset Mom, and for what? Because I thought he should take a different approach?”

“It’s okay,” she ran her hand up his leg, liking the feel of his firm thigh muscles under his jeans. “You can still make it up to him you know.”

“Maybe,” he turned to look at her, and she saw the pain in his eyes.

She couldn’t help herself. Moving her chest against his arm, she kissed him, first on the cheek, then the corner of his mouth. The beginnings of stubble tickled her lips, sending tingles up her spine. He turned his face, and their lips met.

At first that’s all it was. A meeting. She could tell he did not want to be here, didn’t want to do this now. He had come here at her urging, and in doing so had brought back the pain of his earlier years, a wound not yet healed. 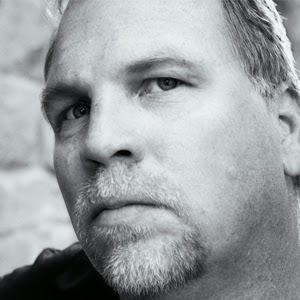 Author Troy Lambert, recently nominated for the Idaho Statesman's “Best of Treasure Valley” publication as an “Author of the Year”, and now an active member of the International Thriller Writers Organization recently released the third and final book in the Samuel Elijah Johnson Series, titled Confession, and a collection of short stories titled Into the Darkness with Marlie Harris.

Passionate about writing dark, psychological thrillers, his work includes Broken Bones, a collection of his short stories, Redemption, the first in the Samuel Elijah Johnson Series, Temptation, the sequel to Redemption, along with the horror Satanarium, co-authored with Poppet and published by Wild Wolf Publishing.

Mr. Lambert began his writing life at a young age, penning the as yet unpublished George and the Giant Castle at age six. He grew up in southern Idaho, and after many adventures including a short stint in the US Army and a diverse education, Troy returned to Boise, Idaho where he works as a freelance writer, analyst, and editor.

Troy lives with his wife of twelve years, two of his five children and two very talented dogs. He enjoys the outdoors as an active skier, cyclist, hiker, angler, hunter, and a terrible beginning golfer.

One Night in Boise

This suspenseful tale has a nice combination of intensely spicy intimate interludes and intriguing twists to a murder case that becomes very personal to Detective Marshek.  The shifting between the activities of father and son is a bit disconcerting to me as the night unfolds but I like the way details are gradually revealed about the family.  I am not fond of the multiplicity of points of view that are presented and there are a few too many issues and secrets that are glossed over for my tastes, particularly between Derek and his wife, but this still was an entertaining story with heat, emotionalism and mystery packed into one exhausting night.