As Dragons from Sleep by J. Ellen Ross (VBB, excerpt and GIVEAWAY) GFT

As Dragons from Sleep


Two years have passed since the attempted coup that nearly cost Leisha, Queen of Tahaerin, her crown, her lover, and her life. With her fractious and peevish nobles cowed into submission, she can finally enjoy the peace she work so hard to forge.

But, war has come to the kingdoms of Ilayta. Sailing over the horizon, vicious invaders arrive first on the shores of Tahaerin. Under the banner of their nameless god, they threaten to drown the land in blood and bring a weapon never imagined here.

Leisha will fight ferociously to save her kingdom and her people, while once more, powerful men plot against her. Conspiracies she thought long dead return and her one-time lover reappears with grand promises. One of her closest friends and advisers guards a secret that threatens everything she has built. Isolated and betrayed, she has only a pitifully small army and a handful of people she can trust.

As her enemies drive her from her home, turn friends against her and threaten her life, where can Leisha turn?

From their position on the hill, Leisha watched the Deojrin advancing, creeping closer to their position. Still too far away for any of them to threaten her soldiers, she knew the first rows of enemies fell well within her range. As she stared, transfixed by their neat ranks, the hill disappeared and then the sky, until row after row of her enemies filled the whole of her vision. Blood pounded in her ears. She could start freeing or killing them now. Time seemed to draw out in front of her, a long line of possibilities, of victims.

“Leisha.” Distantly she heard Avrid’s warning. “Look at me,” he commanded while brushing his mind over hers, demanding all of her attention.

Avrid saw her breath coming in short gasps and her pupils shrunk to pinpricks. “I know what you’re feeling. I remember my first battle well. The signal will come soon. Take a breath and relax. Bloodlust is not needed here.”

Confused, Leisha looked at him and then back down the hill. Why did he want to deny her nature? Born a weapon, now placed in Andelko hands, she stood here to save her kingdom, her people, herself. Her blood coursed, fast and furious, driving out all doubt and the vulnerability she loathed. Power coiled around her, up her legs, around her waist and shoulders, seducing her, reminding her what she could do if she just called on it. Today she would hunt and kill, just as she was meant to. 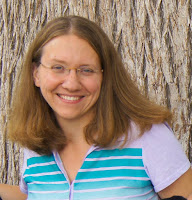 J. Ellen Ross lives in Texas with her husband and their four rescue dogs. She works in high tech, which has nothing to do with fantasy or writing. As Dragons from Sleep is the second novel in her series, ‘The Tahaerin Chronicles’. The first A Gift Freely Given is available on Amazon.

When she’s not busy chasing dogs around or rushing someone to the vet, she loves to read and play video games. She has a hobby of having hobbies, so she’s also been known to do sculpting, beadwork, and painting.