Every year a Festival of Books is held in Los Angeles...most of the time, at the University of Southern California. There are lovely panels with authors from all genres and types of written works, tons of booths, and entertainment...most of it for free. It's a fantastic opportunity to interact with others who enjoy the written word, and there were booths hosted by the various elements of the USC School of Medicine branches where one could have eye exams, dental evaluations, blood pressure and blood glucose checks. The only drawback was it was HOT! Sadly, I do not tolerate the heat well, and I am suffering from some weird rash that is exacerbated by prolonged exposure, so I am paying the piper for my enjoyment this week.

I had the opportunity to attend the panel on "Science Fiction & Fantasy From All Angles" hosted by the delightful Maryelizabeth Yturralde from the fabulous Mysterious Galaxy Bookstore (which, alas, only has the San Diego branch nowadays). The panelists were: Becky Chambers, Ellen Klages, Sarah Kuhn, and Seanan McGuire. The pre-panel discussion was hilarious, especially once Seanan started with her observation of how useful the straw purse of one of the audience members would be for carrying snakes, and segued into a description of inadvertently smuggling umpteen toads who hitchhiked a ride in her underwear. The moderator asked such insightful questions while giving a brief glimpse of each author's current work, and it was fascinating to learn the thought and creativity that each person instills in her stories.

There were signings at multiple locations, including the RWA booth as well as The Ripped Bodice and Mysterious Galaxy, and I was delighted to realize that Dreamspinner had a booth...and I had the wonderful opportunity to meet both Andrew Grey and the fascinating Tara Lain! What fun!
Update: See Rhys Ford's blogpost on the terrible travails that Dreamspinner has just gone through, PLUS an amazing discount!


The pictures aren't great, since I wasn't using the flash... 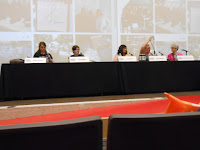 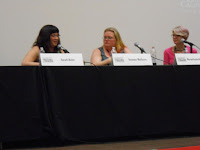 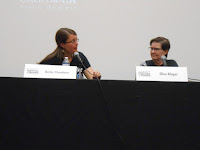 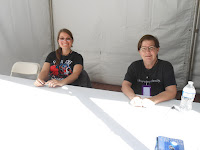 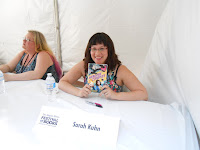 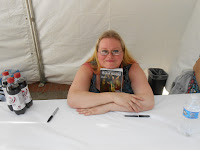 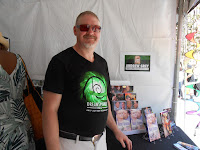 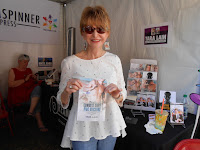 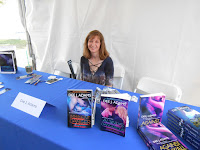 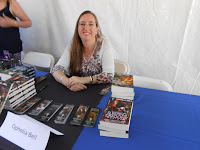