Three Rules I Learned on the Way To Publication

The path to publication is a bumpy one…even for self-publication. You’ll have moments of euphoria and the next day you’ll be down in the dumps. Being published is not for the faint of heart. You’ll toil alone on a story you love only to receive one rejection after another. You might enter contests believing, “This will be my break…” but sadly the scores say otherwise.

Yet, something drives you to keep revising that one story. Or to put a brand new one on the page.

I’ve had all of the above and more. I didn’t put myself “out there” with many queries, but I entered a few contests. My son giggled about one in particular. Mom’s score was 50%. He was seven at the time, and after the upset wore off, we both laughed over “Mom’s story got an F grade.”

Did I let that stop me? No! I listened to the good advice and dumped the bad. If you’re honest with yourself, you’ll know how to separate the wheat from the chaff. But, you’ve got to be ready to hear the truth.

It took about ten years of writing and learning the craft of writing. On the way, I learned a thing or two or three. Here they are for you:

#1 Believe in Yourself
Why? If you don’t, no one else will. Take yourself seriously and honor your writing. Make it a practice you do on a regular basis…have fun with it by showing up at the same time same place. Your brain will know you mean business and follow suit.

Ask yourself this: Is my writing a hobby or a profession? If it’s a hobby, no problem. Show up when you can. Play with it when you can. If you said it’s a profession, then act like it (even if you’re not getting paid).

#2 Work for Continuous Improvement
I have five published books with two more releasing this year, a mix of traditional and indie pub. Guess what? I’m still learning. I still take classes. I read craft books (some of them over and over again). Excellence isn’t cheap. The cost is time and sacrifice and a few frustrations.

#3 Be a Professional
The year I found my agent was a tricky one. My husband announced in January of 2012 that he wanted to quit his job and start a business.

I said, “Maybe one of us should have a regular paycheck kind of job” since there was no telling what would happen with his business.

His response floored me. “You’re a writer. I think you should write.”

You see the month before we both talked about my writing (see the second half of #1). It was write or go back to work at one of two professions I’d had before my boys were born. And then he dropped his January bomb.

My husband had such conviction we ended up moving forward with these new plans. It felt crazy-shaky…like going out on a tightrope without a safety net, but we did it. He quit his job and started a business. I quit being half-hearted about my writing and started being an author.

This is what I did:

1)    I saved money little by little to hire a professional web designer to create my website.
2)    I made a list of agents and got busy querying
3)    I developed a new series and started working on it so I’d have more than my one series finished and one half-finished manuscript to offer.

By October of that year I signed with my agent. In November she sold a Viking romance series and three months later, I finished that half-done manuscript (a Georgian romance) which my agent sold three weeks later.

Remember that series I developed while agent hunting? It’s now in the publishing pipeline. So believe in yourself, keep writing and growing, and be a professional. When the time comes, you’ll be ready.

(Two stories in one Book)

Proper Care and Feeding of a Broken Heart

Bookstore clerk Abbie is off-the-charts nervous her first night moonlighting in a sex-for-hire job. If she only kept her mouth shut…but nothing goes as expected, including the intense blue-eyed surfer who walks through her door. Mark wants to work out a few kinks —and leave the lifestyle for good. Past mistakes still haunt him, but sweet Abbie turns Mark’s plans upside down, and two broken hearts discover honesty is the hottest aphrodisiac.

Former trophy wife Jennifer wants to thrive again, but when her new life hits a speedbump, her unlikely hero is rough working man AJ. The woman he rescued is out of his league, but the two together are magic. Jennifer smooths his hard edges, and when she’s with AJ, her true, quirky colors show. A surprise threatens to derail the two who quickly learn…love is anything but safe.

Hot sun beat down on the rest of the world. It was August. Standing under the pepper tree, AJ was a tall, cool drink of water. Stained coveralls didn’t put her off nor did his tattoo and the rough cadence of his speech. Under the gruff exterior was a real man with a good heart. He visually devoured her every time they’d crossed paths around town, and last night was no exception. But, could she be content with a sex only fling?
“Well, that’s a relief.” Faint sarcasm edged his last word.

His steady gaze never wavered. “I thought you might be going in a different direction.”

“Oh AJ,” she said around hiccups of laughter. Her cheeks burned. She shook her head, a little dazed. “I…I don’t know  what to say to that.”

“It’s not the first time a woman like you propositioned me.”

Eyes rounding, she laughed at the absurdity. “I’m not propositioning you.”

“Good because my answer would be no.”

She’d come for lunch and conversation of the talking variety. A kiss or two was more than welcome, but they needed to slow down, let things simmer. AJ’s forbidding frown told her some of Hidden Valley’s well-shod women had dallied with him, and he was having no more of it. The town was an eclectic mix of gated communities, small farm-to-table co-ops and wineries. A lot of working class people had lived here long before it was hip.
Hurt bloomed in her chest at the idea of any woman taking advantage of AJ’s goodness. Or his body. His past was likely more colorful than hers, but his flat out refusal to hook up intrigued her. He’d messed around in the past. What made him change his mind?

Buy Links
The book will be on sale for $0.99.
Amazon
BN
Kobo 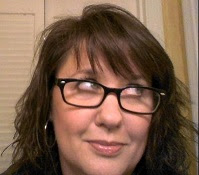 Gina Conkle writes Viking and Georgian Romance with a new dip into hot Contemporary Romance. She grew up in southern California and despite all that sunshine, Gina loves books over beaches and stone castles over sand castles. Now she lives in Michigan with her favorite alpha male, Brian, and their two sons where she’s known to occasionally garden and cook.