I have the pleasure of a guest post from author Anita Dickason (and I thank her for her service) who answers the question...

Once the book was written, where and how did you decide to publish it?


author of
Sentinels of the Night

My first book was non-fiction. I did a reconstruction of a 1966 accident that killed a witness to the Kennedy assassination. Conspiracy theorists have claimed Lee Bowers Jr. was killed because of what he saw the day Kennedy was shot. Once I had completed the book, I was at that point every author reaches. I wrote it, now what was I going to do with it? How would I get it published? It didn’t take long to realize a literary agent was not going to be interested. The book had a narrow sales niche, and it was only about 100 pages.


It seemed my only option was to use a subsidy publisher. With this type of publisher, you hand them the manuscript, the money and they publish the book. What services that you get depends on how much money you want to spend. The process proved to be a valuable lesson in publishing. I soon realized they didn’t bring anything to the table that I couldn’t do myself. By that time, however, I had lost control of the book. All I owned was the copyright to the content. I couldn’t control the distribution, where it was sold, or even the price. The kicker came when I found out that I was paying double for an author’s copy over what Createspace (Amazon’s print division) charged.


The experience wasn’t a total loss, as it jumpstarted a new career, author and publisher. I started a new business, Mystic Circle Books & Designs, LLC. Along with publishing my own books, I help other authors publish their works with formatting and cover design services.


I have learned a lot about the publishing business over the last several years. I believe the independent (Indie) author is the new wave in the publishing environment. Self-publishing allows me to control the destiny of my book. I own it, not just the copyright to the content, but the distribution rights and cover copyright. I decide who will publish it, and where it will be sold.


Sentinels of the Night as well as the second Tracker novel, Going Gone! are available in paperback, hardback, and eBooks. The books are sold not only on Amazon, but I have also reached the international market of retailers and wholesalers using IngramSpark’s distribution network.


I would offer the following tips to new authors.


1)    Set realistic goals. What do you want to accomplish?


2)    Know your options. Every publishing path (traditional, subsidy or self-publishing) has advantages and disadvantages. While there are unlimited opportunities, there are countless landmines for the unwary author.


3)    I wrote an article that is featured on my column, Who Owns It? I would recommend this article to any author who is considering self-publishing.

Thank you for hosting my book.
Anita Dickason


Sentinels of the Night
by Anita Dickason

FBI Tracker Cat Morgan has an unusual talent, one she has successfully concealed, even from her fellow agents. That is—until she finds a body with a strange symbol carved on the forehead during a stop in Clinton, Mississippi and crosses paths with the town’s rugged police chief, Kevin Hunter. Despite his instant attraction to the sexy agent, Kevin is suspicious of her presence at the crime scene and isn’t buying her dubious explanations. He wants her out of the investigation and out of his town.

The discovery of another mutilated body with the same symbol sends Cat back to Clinton, and this time she isn’t leaving. To stop the killer, Cat must find a way to overcome Kevin’s distrust and will face an impossible impasse—truth or lies. But will either one matter, when the killer fixates on her for his next sacrifice?

Suddenly, it dawned on Cat. He thinks I deliberately excluded him from critical details of the investigation, that I’m screwing him over like the other agents did. He doesn’t understand it’s not the information I’m hiding, it’s how I got it. This was worse than she expected, but damn, she should have anticipated it.


It was doubtful any attempts to pacify him or deny she knew would be believed. Even if he accepted her denial, his distrust would only deepen and would ultimately impact the investigation.


She’d always been able to fend off uncomfortable questions, but she’d never been in this position before. The relationship with Kevin had become complicated. Her unexpected connection to him was a sensation Cat had never experienced with a man. I don’t want to lie to him. Once the lies start, they don’t stop. How could she balance the disparity? Can I take a chance and trust him? Deep inside, she already knew the answer.


“What! Cat … got your tongue?” He snorted, then said, “You know, that line would really be funny if this didn’t involve someone killing women.”


Maybe pacifying would work. She twisted in the seat so she could watch his face. “Kevin, I didn’t deliberately conceal evidence from you. It’s … hmm … sometimes … oh, it’s difficult to explain. I ... uh ... I get hunches, and this time it worked.” You stammered and stuttered your way on that one. That ought to really convince him.


“You identified a crucial piece of evidence and—call it a hunch! From the minute I met you, you’ve done nothing but lie.” 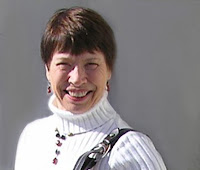 Anita Dickason is a retired police officer with twenty-seven years of experience, twenty-two with the Dallas Police Department. She served in patrol, undercover narcotics, accident investigation and was on a sniper on the Dallas SWAT team.

She is a Past President of Texas Women in Law Enforcement, and Past Treasurer for the International Association of Women in Police.

Her first book, JFK Assassination Eyewitness: Rush to Conspiracy, is non-fiction and details the reconstruction of a 1966 vehicle accident near Midlothian, Texas that killed a key witness to the Kennedy assassination. The project opened the door to a new career, Author and Publisher. She owns Mystic Circle Books & Designs, LLC and provides manuscript and design services, helping other authors turn their manuscripts into a published book.

Her fictional works are suspense/thrillers and her plots are drawn from her extensive law enforcement knowledge and experience. Characters with unexpected skills, that extra edge for overcoming danger and adversity, have always intrigued her. Her infatuation with ancient myths and legends of Native American Indians, and Scottish and Irish folklore adds a touch of paranormal for the backdrop of her characters.

The experience of writing led to developing a knowledge of self-publishing and graphic design and a new business endeavor: Mystic Circle Books & Designs, LLC. It is a tossup of what Anita enjoys more, working on her books or helping another author publish their works. She has found an unexpected enjoyment in designing book covers, bookmarks, bookplates, etc. Email her for an autographed custom bookplate -- anita@anitadickason.com