The ABCs of Living Green by Theresa A. McKeown (spotlight and review) PUYB

THE ABCS OF LIVING GREEN

by
Theresa A. McKeown 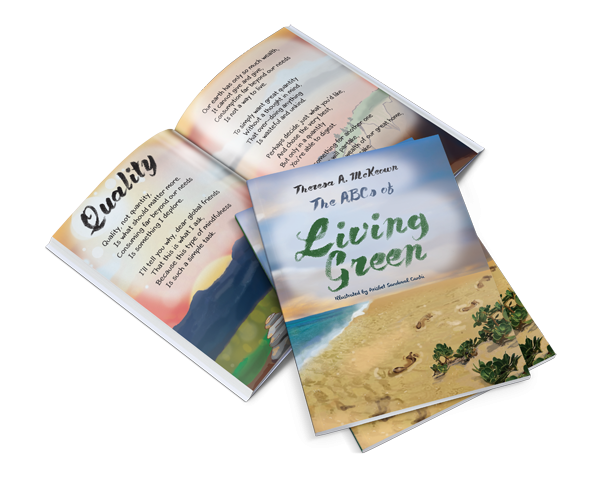 THE ABCS OF LIVING GREEN
by
Theresa A McKeown

Publisher: The ABCs of Everything, LLC
Pages: 56
Genre: Picture/poetry book for children and tweens

“The ABCs of Living Green” completes the ABC trilogy of picture books focused on raising happy, healthy, conscious children in body, mind and spirit. Written from the voice of Mother Earth, every letter of the alphabet and corresponding word gives readers a multitude of fun ways to be mindful not only of the planet we all share, but of the people with whom we share it. A book that focuses on the beauty and fulfillment of stepping up and doing our part in taking care of the environment and each other, “The ABCs of Living Green” is truly a book for the enlightened child of the 21st century. 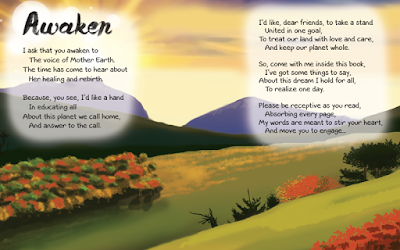 Theresa McKeown spent over two decades in the entertainment arena before embracing her true passion of writing children’s books. After producing hundreds of hours of television for a host of cable and network outlets, Theresa is now on the path of what she considers her highest calling.

Theresa and her sisters have created “The ABC’s of Everything, LLC”, a family endeavor solely focused on publishing several series of children’s books, digital content, and educational curriculums.  All will be written and produced with an awareness of the true possibilities that children of the 21st century can realize.

As an author, Theresa is dedicated to estimating rather than underestimating the wisdom of children. Her philosophy is that kids are fully adept at understanding nuance and meaning and it’s not necessary to talk down to them.  She is dedicated to creating a new paradigm in the children’s book world by introducing work that fully embraces the insightfulness, perception and unlimited intellectual potential of today’s youth.

Her books are meant to plant the seeds of education and awareness early in a child’s development, knowing full well that children will ultimately blossom into the best versions of who they are meant to be.

In her role as producer, Theresa traveled worldwide, filming from locations as diverse as the White House, NORAD, the Pentagon, FBI headquarters, maximum-security prisons and from the top of the World Trade Center.  Along the way she “tail-hooked” onto an aircraft carrier in the Pacific, yachted through South America with jet setters and chased bad guys with the LAPD in a helicopter.  She survived both OJ Simpson trials, shot live from heart of the LA Riots and drove through a wall of flames during the Laguna fires.  Yet, with a background like this, building a community to celebrate children promises to be the most exciting adventure of all.

As George Elliot once said, “It’s never too late to become who you might have been”.
…Words this author has taken to heart.

Visit us at Pump Up Your Book!

The ABCs of Living Green by Theresa A. McKeown is illustrated by Arisbet Sandoval Cantu. This thought-provoking book is aimed at encouraging people to look at themselves and find a way to improve the world around them. Each letter is represented by a word that is expounded upon in verse with a message to look within, make a conscious effort to unite with those around us, and act to conserve the world. There are lovely illustrations with a watercolor feel accompanying each poem, and I am delighted that there is a mixture of ethnicities represented.

I think this is a book for older children or young adults, who will be more likely to appreciate the poetry, although I daresay a bit of vocabulary review will be needed. The language is a bit esoteric and didactic in places and there are only a few specific examples of what should be done but the encouragement to do something positive and work together to husband and maintain the world around us is inspiring and praiseworthy.