The future is governed through a genetic hierarchy—superhumans at the top, humans and defects at the bottom.

Clevon Demarco, a genetically modified human, has a cocksure attitude and the combat skills to back it up. With his unparalleled skills, he makes his living as a ruthless gunrunner on a shady space station near the edges of the quadrant. Stronger, faster, and wittier than most sad sacks, no one even comes close to Demarco’s abilities—until he crosses paths with the captain of the notorious Star Marque, Endellion Voight.

Captain Voight arrests Demarco and offers him a choice: go to a prison planet for his crimes, or join her starship, the Star Marque, working as mercenaries for the superhumans. But she didn't pick him at random. She has a plan to become a planet governor; a title no human has held since the superhumans won the war. It doesn’t matter the cost—assassinations, extortion, blackmail—she’s determined to claw her way to the top.

All Captain Voight needs is Demarco’s help to carry out her machinations, and she’ll give him everything he’s ever wanted in return.

A fast-paced space opera for those who enjoy Old Man’s War by John Scalzi, Revelation Space by Alastair Reynolds, or anything by Robert A. Heinlein.

Before I said anything, a fish—a koi fish, of all things—floated through the air in front of me. I jumped back and hit the closed door, seconds away from grabbing the thing and killing it with my bare hands.
“The fuck is that freak-fish-thing?” I said, word-vomiting as I stared down the demon fish.

Sawyer chortled. “I’m going to get a lot of good sound bites from you, aren’t I?”

“What’s that supposed to mean?”

She tapped on her PAD, and the comms replayed me saying, “The is that freak-fish-thing?”

“The fish is named Blub. He’s my only family in the universe.”

The fish swirled around the air, its mouth opening and closing in rhythm, like a heartbeat. The black eyes of the creature matched the black spots of its scales, and both shimmered whenever they caught the light. Its face had a single red splotch that glittered no matter the lighting, creating its own dim bioluminescence.

Four bloated sacs jiggled on its back.

“How is it floating?” I asked.

“Blub produces helium,” Sawyer said. “When the sacs get too full, he releases some of the gas, and then descends.”

The fish let out a quiet toot, toot, toot and fluttered in the air until it was at head-level with Sawyer. She stroked the animal’s head, and it wiggled—was it happy?—and then it circled Sawyer, like a moon in orbit.

The book is on sale for only $0.99
(Please check prices before purchase) 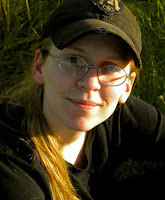 Shami Stovall relies on her BA in History and Juris Doctorate to make her living as an author and history professor in the central valley of California. She writes in a wide range of fiction, from crime thrills to fantasy to science-fiction. Stovall loves reading, playing video games, entertaining others with stories, and writing about herself in the third person.

Star Marque Rising by Shami Stovall follows Clevon Demarco, a shady denizen of Capital Station who somehow crosses paths with Endellion Voight as she pursues her goal to be a governor, despite not being a superhuman. Her ship, the Star Marque, is staffed by a disparate combination of individuals who are assisting their captain on her juggernaut path, but each of them has a hurdle that may be insurmountable, especially since not all of the obstacles are external. Clevon is introduced to a whole new set of challenges, ethically and physically, and must make decisions that may change the worlds, and not necessarily for the better.

This exciting science fiction story introduces an intriguing society that is a bit disconcerting, given all of the genetic manipulations and the hierarchy that has resulted. The twists and continuous action keep one invested in this story that is unpredictable and has fascinating characters who tend to be a little off the norm. Those who are squeamish should be advised that there is definitely violence, and it is noteworthy that the story definitely leaves the door open for a sequel. I enjoyed meeting the unusual beings (e.g. Blub the fish) but I definitely am curious about the backstories and amazed (and dismayed) at the ruthlessness displayed. Kudos to the author for creating such memorable characters who shift one’s perception of them. Hopefully, a sequel is in the works and some of the dangling threads will be tied off. I look forward to discovering what new adventures this imaginative author will chronicle.