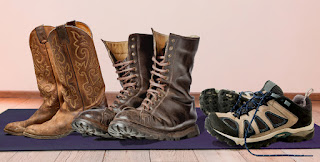 I'm so excited to share a guest post by Kaje Harper. I was first introduced to her talents when I read Nor Iron Bars a Cage and had to read it again immediately, I was so fascinated by the story. Fortunately, I discovered there were many other titles by this amazing and generous author in a variety of genres, and I found multiple series that I have read over and over. I enjoyed the first book in this current series and was delighted to get a chance to visit the yummy trio again in this newly released book. (And, what a great picture above to represent Will, Casey, and Scott!)


Hi folks, and thanks, ELF, for the invitation to post here. I'm Kaje Harper, and today is the release day for my newest book— my M/M/M mystery story Changes Going On which is the sequel to Changes Coming Down.


In the first book, we meet retired Marine and county sheriff Casey Barlow, as he tries to solve a murder that hits close to home for one of his two boyfriends. Will Rice is the foreman on a successful Kansas ranch, but losing the old couple who owned the spread is like losing his parents. He turns to Casey, trusting him to figure out what happened, and to Scott Edison, the third in their trio. Scott is a hockey player about to be called up to the NHL, if his rehabbed knee holds together. He tries to be there for his two men in this difficult time, but he doesn't dare come out now, when the career he's worked so hard for is almost within reach.


Book one follows this deeply-closeted trio, as events and pressures threaten to split their closet at the seams. Can Casey figure out who killed the ranch owners? Can Will keep going when his world has been smashed and his job at the ranch seems about to disappear? Can Scott spend time supporting the two men he loves, and not lose his shot at the NHL? Changes Coming Down follows the men to the end of the mystery, and an HFN.


In the new book 2, Changes Going On, we see these three guys in the aftermath of the events of book 1. Diving right back in, we find out how the world is going to treat three men in love, as they fight for their HEA.