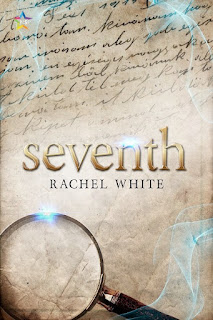 Hynd Perrent leads a lonely life, rejected by most of society after a debilitating illness permanently changed him. He has spent nearly a decade investigating the disappearance of a military unit, Seventh Dragoons, in a war nearly a century prior, content to immerse himself in the frustrating search and the book he intends to write about it.

When his sister sets him up with a handsome stranger, Hynd can scarcely believe his luck, unable to recall the last time somebody wanted to be near him and did not fear or revile him for his illness. But Julius Ocere has come for a different reason: Hynd’s. He wants to learn what happened to the Seventh and prove that his great-grandfather was not a traitor.

While a research assistant isn’t what Hynd had hoped for, he takes Julius on. The mystery they uncover is larger than either of them could have imagined, and it will take both of them together to finally put the ghosts of the Seventh to rest.

Hynd was in the study, bent over a book when Alycia arrived. He ought to have known something was suspicious from her sudden appearance in his doorway, but he had been squinting at faded pages all day, and his eye wasn’t working quite right. So, he was caught off-guard when she said, voice sly, “I’ve found you a lover.”

“Well, perhaps not yet.” Alycia entered the study and dropped into the opposite chair. “A potential lover. He’s Viola’s cousin. Julius Ocere. Have you met him?” She reached across the desk and plucked up his pen, fiddling with it as she spoke.

“No,” said Hynd again, turning a page. He had to be careful when doing so, for the book was so old, the material so worn, that the slightest tug could send things flying disastrously out of their bindings. The book—one of Captain Walsh’s journals, written during the end of the Lily Wars—was on loan from the Royal University library; to wreck the library’s treasure would be to wreck his access to the Old Archives, and at that point, Hynd could bid farewell to ever completing his manuscript.

“I do love it when you stop listening to me,” Alycia said. Had she been speaking?

When he glanced at her, she rolled her eyes theatrically. “Thank you, brother. As I was saying, Mr. Ocere wants to meet you. He’s very interested in you.”

That seemed unlikely, all things considered, but when Hynd raised a dubious eyebrow at her, she continued more fiercely than before. “I mean it! Listen, I didn’t sell you to him—”

“I should hope not.”

That got him a scowl. “He asked about you,” Alycia continued. “I was talking with Viola, and I happened to mention the book you’re writing, on the Seventh Dragoons, and immediately, he was right there. Apparently, he’s as interested in the Dragoons as you are.”

Which…wasn’t where Hynd had thought things would go. “Really?”

“Truly. When I told him about you, he became more and more interested. Viola says that he recently parted ways with his lover, and even though it was amicable—at least, according to Viola, though God knows whether she’s right about that—Mr. Ocere is lonely. He wanted me to pass a message on to you.”

Something flipped a little in Hynd’s stomach. He tried to quash it—don’t get your hopes up—but it was like a queer little flame burning inside him. It wasn’t exactly as though Hynd were drowning in suitors; of course, a man personally asking to call upon him would have an impact. He knew that, and he knew it was foolish, and he still couldn’t help the warmth that rose in his cheeks.

Alycia noticed and smirked. “He wants to meet you,” she said, in a singsong way.

“Tomorrow night, eight o’clock. At the Vine and Blade. Do you know where that is?”

Hynd did, and told her as much, which made her look pleased as a cat in cream. “Good. So, you’ll meet him?”

“Last time you tried to arrange a meeting with a gentleman for me, he didn’t even appear.”

“I’m sure Julius Ocere will appear.”

“The time before that,” Hynd reminded her, “the man you found was actually planning on wooing you.”

Alycia colored and turned her face away. “Felix Roddan was just a silly boy. I can’t believe I even gave him the time of day. No, this isn’t like that. He’s interested in you, Hynd. He asked all about your work, and he wanted to know about your hobbies and what you like. He was enthralled that you’re a Royal Scholar, you know. He didn’t think twice about me.”

The funny feeling had returned, stronger than before. Hynd swallowed. “Did you tell him about me?”

“Of course, I did. I answered every question he had.” She tilted her head, looking concerned. “Did that breach your privacy?”

Alycia blinked at him, but he couldn’t tell if her confusion was sincere or feigned. “Yes,” she finally said, and her tone, at least, was decisive. “I told him all about you.”

“He sent you a message, didn’t he? You ought to send him a response as soon as possible. He seems like a busy fellow.”

No doubt, Julius Ocere was a busy fellow. Busier than Hynd, at any rate. It was easy to have lots of free time when one never left the house except on mandatory errands. It was easy to avoid packed schedules when one had no friends.

“You’re making that face,” said Alycia. “Don’t. Just send him a message and go tomorrow evening. He’s very nice, and he’s dashing, and he’s utterly handsome—tall and golden—and he practically begged me to mention him to you. What more could you want?”

She winked at him and rose, vanishing back into the hallway. Alone, he returned to his work but found himself unable to concentrate. His mind kept picking over the conversation. Tall and golden. What more could Hynd want? 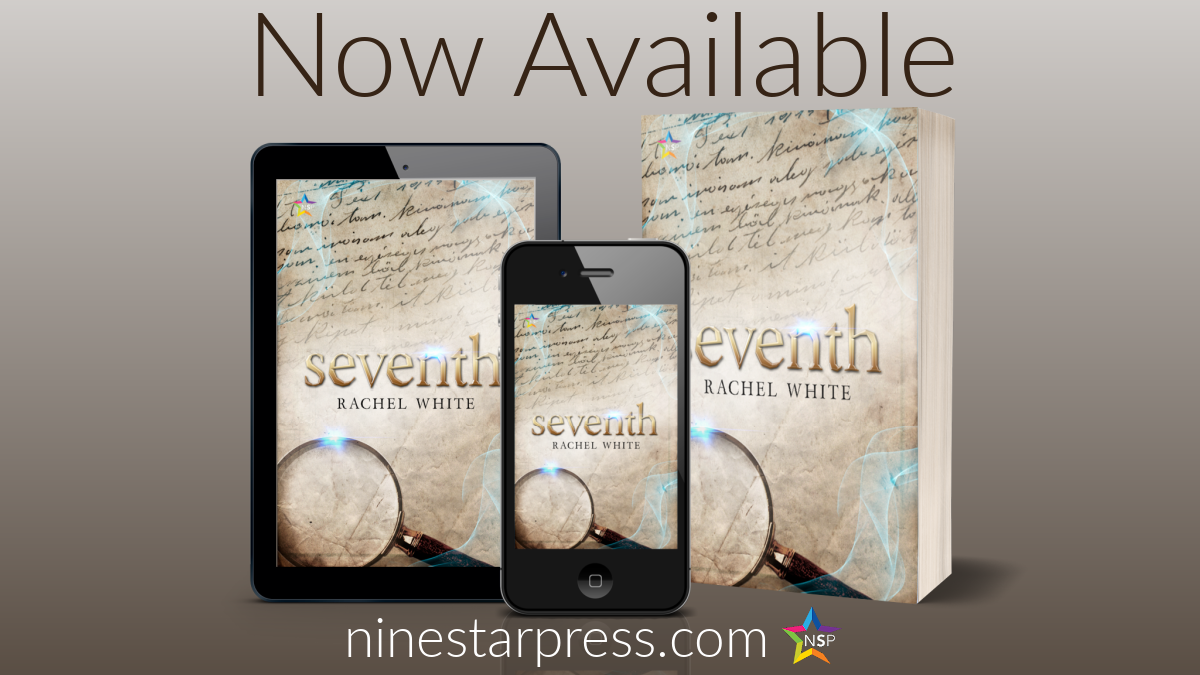 Rachel White was born and raised in L.A., California, but moved north for college. An avid reader for as long as she can remember, she started writing in high school and hasn’t stopped. Her favorite genre is fantasy, but she’ll devour a good book no matter what shelf it belongs to; she takes the same approach to her own writing, hopping between ideas, genres, and stories as it suits her.

Seventh by Rachel White centers around Hynd Perrent’s determined research into the mysterious disappearance of a military unit. When Julius Ocero wants to join him in researching the group, there are multiple hurdles to overcome, including fear of the Blight, missing information, and active opposition…and a question of whether their attraction is mutual or if their potential relationship doomed before it begins.

This m/m fantasy story has an interesting twist on research and emphasizes the challenges that must be overcome when one has a visible disfigurement. I liked the gradual unfolding of clues to the mystery and I enjoyed watching the way the relationship evolved from its rocky start. The story vividly evoked the pain of being constantly judged and I was reassured to see that Hynd had someone who was definitely in his corner. I like mystery stories, so this was fun for me, and having the romantic element was a nice bonus.

I was still left with multiple questions and hope there are additional stories in this series that flesh out some of the elements. I thought a particular reaction by one of the secondary characters at the end was pretty calm, considering what had been revealed, and I wonder if there will be more repercussions in a future tale. This is the first story I have read by this author and I definitely would like to read more stories in this universe.