is an ADULT title

Lacey Morgan is fed up and heartbroken. Her boyfriend Brogan is all about control and she’s all about breaking through his barriers. Except she can’t seem to do it. Unwilling to settle for only part of him, she takes off, figuring it’s better that way. After all, half of a relationship is worse than none. She settles in with her best friend, hot and sexy photographer Lou, figuring she’ll lick her wounds and give her heart time to heal.

Finding Lacey gone is a punch to the gut. Finding her with another guy is even worse. She isn’t interested in listening to what he has to say, though. Not unless he’s willing to strip himself bare and give up pieces of himself that died long ago.  Brogan can’t do that. Or so he thinks. Lacey and Lou have other plans, a hot, torrid night, some hot, sexy pictures… Lacey is determined to show Brogan a new way of seeing things. 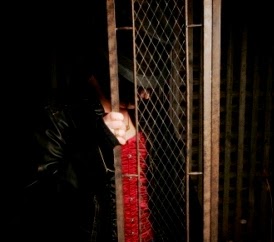 Shiloh Walker is an award-winning writer…yes, really!  She’s also a mom, a wife, a reader and she pretends to be an amateur photographer.  She published her first book in 2003 and since then, has tried her hand at digital publishing, traditional publishing and self-publishing. Her publishers include Hydra Publications, Ellora’s Cave, Samhain, Berkley, Random House and St. Martins. She writes romantic suspense, contemporary and paranormal romance, and urban fantasy under the name J.C. Daniels.


This very steamy novella gives a brief look at a tortured couple whose relationship undergoes a crucible of betrayal which will either make them or break them.  It was a bit uncomfortable to witness what ultimately results from Lacey’s solution to her heartbreak and I am not quite convinced that these folks are going to have a lasting relationship, given their rough path thus far but this is definitely a spicy and all too short tale.

A copy of this title was provided to me in exchange for an honest review.
Posted by ELF at 1:00 AM