It's 2011 and compressed natural gas has taken over from the coal producing steam machines of the Victorian Age. Alice Windsor, Princess of York, follows her mischief-making cousin, Edmund of Wales, back to 1851 where Prince Albert is hosting Britain's Great Exhibition.

Alice soon finds herself over her head in trouble. Edmund is determined to help Prince Albert build a dirigible and the prime minister appears intent in preventing her from stopping Edmund. Alice knows it's too early for the massive flying machine to take to the air. Complicating matters is the passionate Grayson Kentfield, Earl of Swinton. Alice can't stop her pulse from pounding when she's near him.

Can Alice give her heart to a man from the past while working to stop Edmund from changing history?

Tired and thirsty, she finally made it to the courtyard. Edmund was nowhere to be found. She should have expected it, really. No doubt he was in the palace filling their great-grandfather's head with forward-thinking ideas. She crossed her arms, staring at the steps. Several carriages waited nearby. No one in their right mind would let her into the palace looking like she did -- like she had just stepped out of the gutter.

Alice spun around to find herself face-to-face with two gentlemen who stood near one of the waiting carriages. One gentleman was older, Alice guessed in his fifties, one younger. The older gentleman stared at her like she truly was a guttersnipe, but the younger one -- he was tall, with chiseled cheeks and sensitive hazel eyes. His broad chest filled his suit well and he measured her with a cool, appraising look that hinted at... appreciation. An uncomfortable feeling washed over her. Never had a man's stare made her feel so... warm.

Alice straightened her posture with her usual royal dignity and took off her glasses as she always did when she introduced herself. "I am Her Royal Highness, Princess Alice of York."

The men looked at each other, at her, then back at themselves. She wasn't sure if they were befuddled, confused, or wanted to laugh. Finally, the older gentleman spoke. "Princess Alice is seven years old."

Alice bit the inside of her lip, realizing she had totally forgotten where she was due to the younger gentleman's attention. She slid her glasses back on. "Simply call me Alice -- Alice Windsor."

"And you may call me Prime Minister." 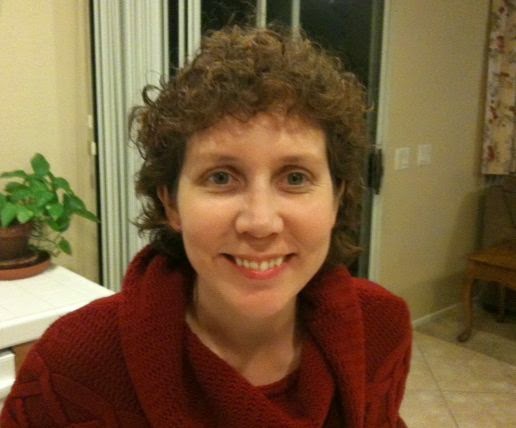 Author Bio: Stephanie Burkhart is a 911 dispatcher for LAPD.  She was born and raised in Manchester, New Hampshire.  After serving 11 years in the US Army she currently calls Castaic, California her home. Stephanie was married in Denmark in 1991 and has two young sons. She adores chocolate, is addicted to coffee and enjoys early morning walks.  She's also an assistant den leader for her son's Cub Scout den and is a Boy Scout mom. She writes paranormal, contemporary, and steampunk romance and has two children's books published with 4RV Publishing.

FIND ME ON THE WEB AT:

by Stephanie Burkhart is Book One in ‘The Windsor Diaries’ series and is an intriguing look at the conundrum of time travel with the added twist of an alternate past being explored.  Edmund Windsor and Alice Windsor are royalty in 2011 but have the invaluable opportunity to interact with their forebears in 1851 but Alice is attempting to make sure that her cousin Edmund does not substantially change history, only to fall afoul of the dreaded potential paradox herself.  Grayson Kentfield, Earl Swinton develops a fascination for the unusual female, Alice, but his suspicions about her and Edmund are almost too fantastical for him to accept.  He will have to balance his obligations to his country and the desires of his heart but unfortunately, time may be his enemy.

This steampunk romance blends fact and fantasy in an enjoyable tale.  There are interesting quirks such as the use of ‘whuzzies’ which allow messages to be exchanged once the owner’s scent is known, a heroine who has overcome a significant learning disability, and a search using magic and science for alternative fuel sources.  I was a little surprised that there didn’t seem to be any difficulty with the cousins sharing a hotel room despite being opposing sexes but I have to admire the tenacity and daring that allows them to travel to the past and experience history firsthand.  The reader should be reminded that this is the first in a series and the story ends on a bit of a cliffhanger but it is a fun and exciting tale that will stir one’s imagination and whet the appetite for more adventures involving these intriguing characters.