It is my very great pleasure to feature a guest post by one of my favorite erotica authors, Sierra Cartwright.


Where Do Ideas Come From? 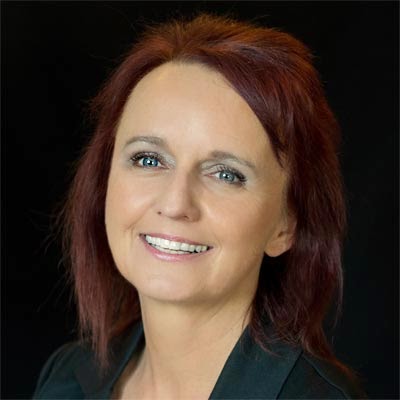 I keep wishing for “idea heaven.” Or, barring that, a hot, sexy guy to show up on my doorstep with a story idea wrapped in a beautiful box and topped with a bright red bow.

Ideally, it would have characters, complete with names, a plot, a believable black moment, delicious ideas for sex scenes, and it would be overflowing with emotional conflict and a dash of angst.

In real life, I have to chase down that damn idea and freaking tackle it and wrestle it to the ground.

, my latest book from Totally Bound, I knew quite a bit about Kennedy Aldrich. Since it’s the second in the Bonds series, I’d already explored his personality in a previous book, Crave

Since my heroine was a mystery, I started with conflict. I wondered what kind of woman would conflict with Kennedy Aldrich? He was born into a wealthy family. So he has plenty of power. To sweeten the deal, he’s handsome, has good manners, and he’s a skilled Dom. As a result, women often throw themselves at him. He’s got a bit of a reputation for having a new lady in his life every month, if not every week.

So I figured my heroine should be among the first to refuse him. And what kind of woman would turn down a hottie like him?

As I pondered that question, I began to form an image of Mackenzie. I figured a painful divorce had made her swear off commitment. And she finds she enjoys being single. If she were to consider marriage again, it would not be to a man like Kennedy. She wouldn’t be comfortable living life under media scrutiny. Nor is she interested in being just another notch in his bedpost.

Her decision to avoid entanglement only makes him more determined to Claim her. I really enjoyed these two characters, and the story ended up playing into one of my favorite plots, the honorable and relentless alpha who is focused solely on one woman. He wants to care for her, protect her, and spend the rest of his life with her. Thinking about being pursued by a man like Kennedy gives me shivers, and I hope he gives you a few, too…


He scooped her from the ground and strode away from the apparatus and over to a nearby couch.

“I’m sure you are,” he agreed, ignoring her.

Despite her words, she turned toward him, and relaxed against his chest. She didn’t remember ever doing that with a man before. Mackenzie shoved aside the inner voice that cautioned that she shouldn’t be doing it now.

She inhaled his scent, some sort of spice, overlaid by arousal.

On so many levels, he spelled danger.

He placed her on the couch and left her long enough to grab a bottle of water from his implement stand.

“Thank you.” She accepted the bottle that he had uncapped.

Mackenzie didn’t expect him to sit next to her, but he did. He pulled her close and draped his arm over her shoulder. “I really am fine,” she said.

“I don’t snuggle,” she insisted.

“I’d be better if you left me alone.”

She tried to pull away, but he tightened his grip. Her strength was no match for his. She’d noticed his biceps and the strength of his forearms. He had to outweigh her by at least a hundred pounds. A hundred muscled, testosterone-laced pounds, she corrected herself.

It wasn’t a suggestion, she knew. Arguing would lead to a struggle, and he would make sure his will prevailed.

With a deep exhalation, she complied.

She didn’t know how he managed it, but he made her feel as if they were the only two people in the place. The music still thumped, but she was aware of the reassuring beat of his heart beneath her ear.

His arms around her kept the chill at bay.

And other people stayed away from their corner. She saw other couples, a few threesomes, even some singles, but they were in the distance, absorbed with their own experiences.

“You impressed me,” he murmured near her ear. “I meant what I said, we were a good team.”

After a few minutes, she sat up and moved away from him. He plucked the water bottle from her hand, put it on the floor then dragged her over his lap.

“What are you doing?” she almost shrieked, struggling to turn herself back over.

“Seeing my handiwork,” he replied. “Or, rather, admiring it.”

He put a leg over hers to imprison her then skimmed the outline of his marks.

The approval laced through the words made her momentarily forget how to breathe.

He turned her back over.

“You could warn me next time.”

“You would have said no.”

Since he was probably right, she kept her mouth shut as he moved her off his lap.

When she opened her mouth, he raised a hand to halt her words. “Please?” he asked.

“Well, if you used manners all the time, I’d be more likely—”

“Don’t even,” he interrupted. “You only obey when it seems like it’s in your best interest. And since you know I’ll throw you over my shoulder if you don’t do as you’re told…”

She watched as he went back to the square. He packed all of his implements into a white carrying bag then sprayed and wiped down the equipment. Often Doms had their sub clean up the stations, so she appreciated that he let her rest while he did it.

Heat flashed through her when he picked up her ruined panties and tossed them in the bag.

When he returned, he offered his hand to help her stand.

Surprising her again, he placed a gentle kiss on her forehead. That small act seemed more intimate than anything else they’d done.

And it bothered her more than anything else had.

To cover the fact that he’d discombobulated her, she straightened her skirt and tugged on the hem to make sure she was covered.

“Thanks, but that won’t be necessary.” She smiled, but let it fade when he scowled. “If my friends are gone, I can catch a cab.”

“Meet me by the front door. I want to let Alma know I’ll be back.”

Argument over. Could he be any more confounding? “Fine,” she said in a way that indicated it was anything but.


First in the series:

Please be advised:  I have had the pleasure of reading many of Sierra Cartwright's titles, and more recently, of working on some of them, including these sizzling stories in the 'Bond' series.