I had the wonderful opportunity to be able to host a guest post today from author, Julie Flanders...
(note from ELF, my sincere apologies for being a little late to post this...recovering from a cold and don't know if I'm coming or going...)


JF:  First off, I want to say thank you for hosting me here at The Reading Addict! I appreciate the opportunity to be featured here and I enjoyed answering your question for this post. That question was:

ELF:  What is one of your hobbies and how has it enriched your writing?

JF:  I am a sports fan and love baseball. Baseball is synonymous with summer for me and it’s one of the things I enjoy the most about the season. I have found that my own interests sometimes work their way into my stories even though I don’t intend them to, and that was the case with Polar Day and baseball.

I knew from the beginning that Polar Day was going to take place in the summer, as the title refers to the time of the midnight sun, when parts of Alaska experience nearly 24 hours of sunlight around the time of the summer solstice. Polar Day is the sequel to my first novel Polar Night, which takes place during the nearly 24 hours of darkness during the winter months. I knew I wanted to write about the opposite phenomenon for the sequel.

When I started thinking about summer my mind naturally drifted towards baseball and I was happy to discover a baseball tradition in the city of Fairbanks, the setting of the novel, which suited my story perfectly. The Midnight Sun baseball game has been played in Fairbanks on the summer solstice every year since 1906.

The Alaska Goldpanners host the game each year and it traditionally begins at 10:30 when the sun is just starting to set. Artificial light has never been used or needed, as the sun is rising again by the time the game ends approximately 3 hours later. The interim time is lit by twilight, so darkness never descends on the field.

I couldn’t have asked for a better event to kick off my story and to help set the tone for what follows. One of the first and most dramatic murders in the book takes place at the Midnight Sun game with my characters, Detectives Danny Fitzpatrick and Tessa Washington, in attendance.

Danny is the main character of both Polar Day

, and he is also a baseball fan. While Danny enjoys the Goldpanners, his heart is with the White Sox in his hometown of Chicago. My own love of baseball inspired me to include a scene where Danny watches a White Sox baseball game on tv with a mixture of longing and nostalgia for his far away home. I also indulged my love of animals by giving Danny a dog that he names Sox after his favorite team.

While I didn’t intend for my love of baseball to influence Polar Day, it ended up enriching the story in ways that helped further bring both the setting and the main character to life. With spring around the corner, I find myself once again anticipating the return of the baseball season. I have a feeling I will be even more of a fan this year.

Thank you again for hosting me here on your blog!

The midnight sun bakes Fairbanks, Alaska as residents gather for the annual summer solstice baseball game. Amidst the revelry and raucous shouts of “Play ball,” a spark alights and a jogger bursts into flames. Detective Danny Fitzpatrick, still reeling from his near death at the hands of vampire Aleksei Nechayev, watches in horror as the man burns alive.

Someone is burning Fairbanks and its residents and leaving nothing but smoldering embers behind. As the city sweats under a record-breaking heatwave and unexplained fires claim more victims, Danny and his colleagues struggle to find an arsonist who can conjure fire out of thin air.

To Danny’s horror, the only one who may be able to help him stop the arsonist is his nemesis Nechayev. Will the vampire help in the hunt for a witch?

Danny flipped through the channels, stopping when he came to a Seattle Mariners game that had gone in to extra innings. They were playing the White Sox in Chicago and Danny felt a slight tug at his heartstrings as the familiar sight of Cellular Field filled the flat screen television. The time difference made it difficult for him to catch Sox games live. It was a welcome surprise to find one that was lasting so long into the Chicago night that he could watch it live as it happened.

It was dark in Chicago, but of course the sun was still high in the sky here in this strange frontier he had chosen as his new home. He squinted from the sun beaming through the window and cursed himself for not shutting the blinds before he sat back down. Next time he got up for a beer he would need to do that.

Danny rested his hand on his dog's head as he finished one beer and started another, the bottles now lining up on the end table beside him. His eyes grew bleary as Sox's gentle snoring mingled with the sounds of the faraway baseball game. When yet another inning ended and the game went to a commercial, Danny closed his eyes and rested his head on the back of the couch.

The noise of the television grew fainter as he slipped into sleep and his mind flashed images of fangs and bloodless bodies in an endless landscape of snow. As Danny drifted farther into unconsciousness, the snow was overtaken by fire. 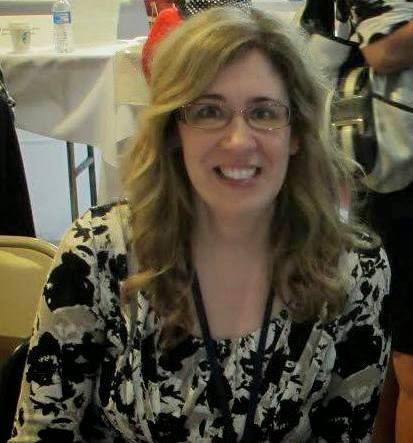 Julie Flanders is a librarian by day and a writer all the rest of the time. She is also a television show addict with a particular fondness for Game of Thrones and The Walking Dead and a slightly obsessive sports fan who cheers for the Ohio State Buckeyes and the Cincinnati Reds. Julie is an animal lover and animal rescue advocate who shares her home with her rescued dog and cat. She has written about the joys of pets for outlets such as Cat Fancy, Thrive in Life, and Best Friends Animal Society. Visit Julie at julieflanders.net.