Dragon-warrior Venom lives in self-imposed isolation. Cursed by his toxic touch, he is deadly to anyone who has contact with him for too long. Set apart from others and hounded by intense loneliness, he craves the lasting connection he believes he cannot possess. Until a chance encounter with a sultry mortal offers a ray of hope…

Evelyn Foxe is the woman of Venom’s every desire, but she’s too busy running from the Russian mob to think about love. As she accepts Venom’s offer to help her escape her precarious situation, she’s skeptical, afraid that he’s in league with those sent to harm her. But when a biological weapon is unleashed in her hometown, Evelyn is forced to trust Venom—or risk the dangers of going it alone.

Will they survive the firestorm that rages around them? And can they pull from the ashes a love that will defy all the odds and last through the ages?

“It’s nothing serious,” he said, lying through his teeth. Tell her . . . tell her about energy-fuse. He’d revealed so much already, trusting her with a secret only Wick knew. Still, the words refused to trip off his tongue even as honor urged him to be honest. Down and dirty. Quick and clean. The truth tied up in a neat little bow. Venom cleared his throat. He opened his mouth. Nothing came out. Goddamn it, he was pathetic. In need of a good ass-kicking or something. A boot to the balls. A fist to the head. The method didn’t matter just as long as it allowed him to move forward. Away from the fear of her rejection. “Really, it isn’t, but I’ve still got to go.”

Her brow furrowed. “Why are you lying to me?”

“You’re asking me to take a lot on faith, Venom.” Raising her hand, she stroked a finger along his jaw. “To trust you without proof or knowing why.”

“It is, but . . .” He trailed off, struggling to find the right words. Again. Like always, but like it or not, he needed her to stay put until he got home. Her safety wasn’t optional. It qualified as a must. Especially now that Ivar knew her name. The rogues weren’t stupid. Masters of technology, the bastards pulled intel off the Internet in the same way Sloan mined human data- bases. Personal information—address, job history, friends, bank account numbers—ranked as important when hunting prey. Which meant his enemy would already be tracking her credit cards, looking for patterns and preferences in the hopes of finding her favorite haunts. “Do this for me, Evie. Stay here. It’s not safe for you in the city after dark.”

Chewing on the inside of her lip, Evelyn held his gaze. One second ticked into more. Silence spun into tension. Venom stayed quiet, forcing himself to be patient, waiting her out, praying she fell in line. 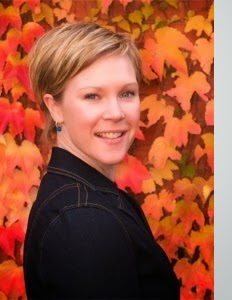 After growing up as the only girl on an all-male hockey team, Coreene Callahan knows a thing or two about tough guys and loves to write characters inspired by them. After graduating with honors in psychology and taking a detour to work in interior design, Coreene finally gave in and returned to her first love: writing. Her debut novel, Fury of Fire, was a finalist in the New Jersey Romance Writers Golden Leaf Contest in two categories: Best First Book and Best Paranormal. She combines her love of romance, adventure, and writing with her passion for history in her novels Fury of Fire, Fury of Ice, Fury of Seduction, Fury of Desire, Fury of Obsession, Knight Awakened, Knight Avenged and Warrior’s Revenge. She lives in Canada with her family, a spirited golden retriever, and her wild imaginary world.