One of the umpteen mailing lists I am on is for the Mysterious Galaxy Bookstore.  I was really sad when their Redondo Beach location closed, but they have graciously continued to have get-togethers that link readers and authors and the Redondo Beach public library generously provides a venue, so I was delighted to discover that there was going to be a meeting while I was in town and available to attend.  Even more fun, one of my elderly friends, a play-aunt, agreed to come with me.


I was a little apprehensive because I hadn't been to this library before, and of course, despite the fact that we left what I considered more than early enough, we ran into problems with traffic...both on the freeway and on the streets!  Despite this, we were virtually the first to arrive...which, of course, made me nervous because it meant I couldn't skulk in the back.  It turns out my play-aunt (a former teacher) prefers the front row--so we compromised by sitting in the second one, lol.

I was delighted to discover that four different authors were presenting their books and were going to talk about the cozy mystery genre as well.  Another cozy mystery author also joined the audience during the presentation, so I had the pleasure of meeting all five of them!

They discussed some of the common elements, including a small-town setting, a non-graphic murder, a unifying theme such as a handicraft, cooking, or a profession, and discovered that they all had heroines who had either just broken off a relationship or were recovering from a failed one. Several of the authors have animals who also feature prominently in the stories, which is always a wonderful bonus for me.

I have several cozy mystery authors who I have been following for years, so it was fun to have some of the elements that characterize the genre pointed out and I was delighted to learn about new titles to add to the TBR mountain!  I had the opportunity to chat with Linda O. Johnston in the Writerspace chatroom earlier in the week, but the rest of these fun ladies were new to me. 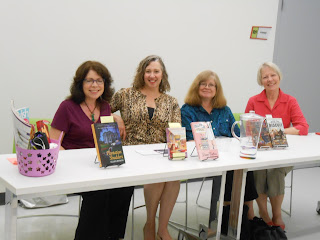 This the panel who spoke:  Ellen Byron, Diana Vallere, Linda O. Johnston, and Marty Wingate.  Some of their books are featured below (with links to AMZ, I am an affiliate, so, if you purchase them through the link, I will get a very small percentage)

Knock on Wood (A Superstition Mystery) 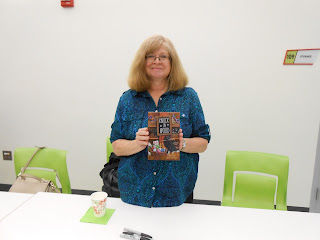 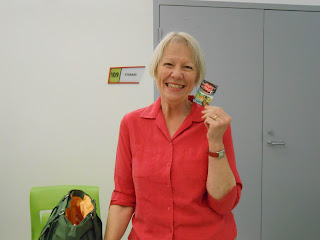 Diana Vallere
(she also provided tape measures for the audience!) 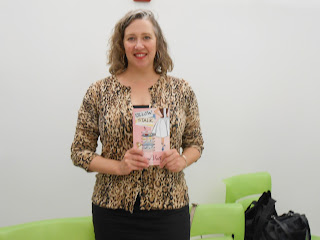 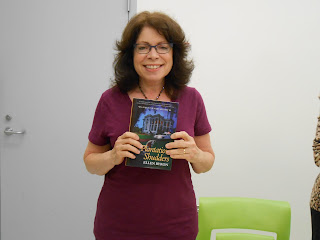 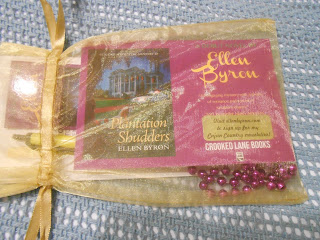 And, guess what?  It turns out they were holding a drawing for a door prize, which was a basket including everything ranging from a cupcake-shaped pincushion to tote bags to an alligator cookie cutter...and guess who won? 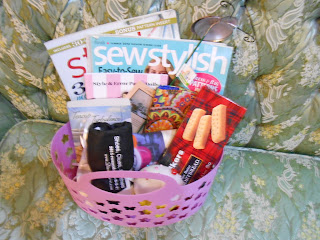 I also had the opportunity to meet the lovely Connie Archer

Ladle to the Grave (A Soup Lover's Mystery)

And don't forget, if you want a chance to win a set of historical romance books by Meredith Duran (U.S. residents only), leave a comment at this link by the end of 9/30/2015 (Pacific time)
Posted by ELF at 2:30 AM