Dance with the Devil by Angela Dennis (Guest post, excerpt and GIVEAWAY) GFT

What scares you the most or makes you the happiest about writing?

The Joy of Writing
by Angela Dennis

Every time I see my books out in the world, I have to pinch myself. It’s so surreal to think that other people, strangers even, are reading my words. But even though I love the thrill of being published and having a venue through which I can share my ideas, that’s not why I write. I write for the joy of it. Nothing else in the world can transport me away from my worries and the chaos of my day and into a world of my own imaginings. I have complete (sort of) control over everything that happens in this world. For me, that’s a relief in and of itself.

Writing makes me happy. It’s that simple. For me there is something glorious about creating new worlds and seeing my characters come to life. But it’s even more than that. It sounds silly, but I love the sound of my fingers playing across my computer keys, the thrill of picking the font I’m going to use for a particular story, or, best of all, that sense of relief when the story finally starts telling itself. And then there is that glorious moment when I get to see the finished product. I won’t lie. When I received my author copies of Dance with the Devil

, I put one beside me as I completed my words for the night, and stared at it pretty much the whole time.

Dance with the Devil

After killing one of her father’s enforcers, half-blood lion shifter Jillian Winters ran for her life, landing in an upscale bar halfway across the country. Her boss, Carrick—a pure-blood shifter—has no idea his barmaid is a fugitive.

When her father’s recklessness puts the Pride at risk, Jillian must return home and assume his place as Alpha. But not before she indulges in a taste of the attraction that’s been building for years between her and Carrick.

Carrick Granger has had a soft spot for Jillian from the moment she stepped into his bar, soaking wet and afraid of her own shadow. He knows she has secrets. So does he. He’s also the outcast son of an Alpha—and now that his father is dead, he, too, has been summoned home.

Thinking they’ll never see each other again, the simmering heat between them ignites like a match to gunpowder. But then the bullets start flying, forcing them to choose—duty to their Prides, or the one person they can’t live without.

Warning: This book contains deception, lies, betrayal, a sexy lion who is determined to claim his mate, and a mating bond that will change the landscape of the Prides forever.

Carrick crossed the distance between them, his powerful stride quickly closing the gap. When he stopped, he was so close she could feel his breath hot against her forehead. She trembled even before he smoothed his hands across her shoulders. Her mouth went dry. As he bent down so they were eye to eye, need sizzled in her belly.

He stared at her, an indiscernible expression on his face. “I don’t know if I’m coming back.” For the first time since she’d met him, he smelled of uncertainty.

Jillian pressed her hand against Carrick’s cheek, overwhelmed with the need to reassure him. He hadn’t shaved, and his beard stubble was rough against her palm.

“Tell me,” she breathed.

For a moment, he leaned into her embrace. His eyes slipped closed and a long breath drifted from his lips. “I can’t.” Tearing away from her, he prowled across the room like a caged animal. She could feel his beast leaping beneath his skin.

The pain in his eyes ripped at her heart. She was pretty sure what was wrong. Every five years, the Prides gathered by order of the Conclave. Even the prodigal children were called back. The Elders left nothing to chance, ordering the shamans to send forth a compulsion spell, cloaked in an invitation. Fighting it wasn’t just painful, it was useless. If you didn’t heed the call, the enforcers were sent to bring you back by force. Some Prides took advantage of the summons to hold a Claiming, but never hers. Her father preferred to do his Claimings in secret, hand-picking the participants. Or he had, until now. 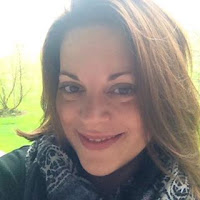 Angela Dennis lives outside Cincinnati, Ohio, with her husband, son and a sheltie with a hero complex. When she is not at her computer crafting stories, she can be found feeding her coffee addiction, playing peek-a-boo, or teaching her son about the great adventures found only in books.

You can visit Angela at her website or her blog. She loves to hear from her readers, so don’t forget to find her on Twitter to chat.