I have the pleasure of sharing a guest post by author and fellow Trojan, Pamela Samuels Young, who shares some eye-opening and startling information...

I still remember the exact moment that I decided to write about the subject of teen sexting in a legal drama.
I was on the phone catching up with a law school classmate who is a criminal defense attorney. He was griping about yet another teen client charged with possession and distribution of child pornography as a result of sexting. I was absolutely floored when he explained that prosecutors were not only charging kids for sending naked selfies, but requiring them to register as sex offenders for life if convicted. I instantly knew this was a topic I wanted to tackle in a legal thriller.

Abuse of Discretion, my eighth mystery, provides a shocking look at the consequences of teen sexting and also takes readers inside the juvenile criminal justice system. In the book, 14-year-old Graylin is charged with possession of child pornography. The A-student soon finds himself embroiled in a legal nightmare.

Before writing Abuse of Discretion, I had no idea that a teen who sends or receives a naked image of another minor could face pornography charges. As I hit the road promoting the book, I’m finding that readers are just as shocked as I was to learn that this is happening.

One of the things that I explore in the book is that our society sends mixed messages to our children. I grew up watching TV shows like I love Lucy, with Lucy and Ricky Ricardo sleeping in separate beds. Today’s kids are inundated with sex. It’s everywhere: on TV, in music, in movies, in advertising. Our girls watch shows like The Bachelor and see a guy making out with three or four nearly naked girls in less than an hour. That’s their norm. So when they hit puberty and start exploring their own sexuality, of course they don’t think it’s any big deal to send a naked picture. We shouldn’t punish them with life-altering criminal penalties for being too immature to understand the consequences of their actions.”

It’s my hope that Abuse of Discretion entertains as well as educates. Pornography laws were intended to protect children from sexual predators, not to be used against them. It’s time for the law to catch up with technology. It’s also time for parents to recognize that teen sexting is at epidemic levels and that it could very well impact their household. It’s crucial that parents talk to their children and be aware of what they’re doing on their computers and cell phones. When the police show up at your door, it’s way too late.

A Kid’s Curiosity … A Parent’s Nightmare

The award-winning author of “Anybody’s Daughter” is back with an addictive courtroom drama that gives readers a shocking look inside the juvenile criminal justice system.

Graylin Alexander is a model fourteen-year-old. When his adolescent curiosity gets the best of him, Graylin finds himself embroiled in a sexting scandal that threatens to ruin his life. Jenny Ungerman, the attorney hired to defend Graylin, is smart, confident and committed. She isn’t thrilled, however, when ex-prosecutor Angela Evans joins Graylin’s defense team. The two women instantly butt heads. Can they put aside their differences long enough to ensure Graylin gets justice?
Unbeknownst to Angela, her boyfriend Dre is wrestling with his own drama. Someone from his past wants him dead. For Dre, his response is simple—kill or be killed.

Graylin
“What’s the matter, Mrs. Singletary? Why do I have to go to the principal’s office?”

I’m walking side-by-side down the hallway with my second-period teacher. Students are huddled together staring and pointing at us like we’re zoo animals. When a teacher at Marcus Preparatory Academy escorts you to the principal’s office, it’s a big deal. Nothing like this has ever happened to me before. I’m a good student. I never get in trouble.

Mrs. Singletary won’t answer my questions or even look at me. I hope she knows she’s only making me more nervous.

“Just follow me. You’ll find out in a minute.”

I’m about to ask her another question when it hits me. Something happened to my mama!

My mama has been on and off drugs for as long as I can remember. I haven’t seen her in months and I don’t even know where she lives. No one does. I act like it doesn’t bother me, but it does. I’ve prayed to God a million times to get her off drugs. Even though my granny says God answers prayers, He hasn’t answered mine, so I stopped asking.

I jump in front of my teacher, forcing her to stop. “Was there a death in my family, Mrs. Singletary? Did something happen to my mama?”

She swerves around me and keeps going. I have to take giant steps to keep up with her.

Once we’re inside the main office, Mrs. Singletary points at a wooden chair outside Principal Keller’s office. “Have a seat and don’t move.”

She goes into the principal’s office and closes the door. My head begins to throb like somebody’s banging on it from the inside. I close my eyes and try to calm down. I didn’t do anything wrong. It’s probably just—Oh snap! The picture!

I slide down in the chair and pull my iPhone from my right pocket. My hands are trembling so bad I have to concentrate to keep from dropping it. I open the photos app and delete the last picture on my camera roll. If anyone saw that picture, I’d be screwed.

Loud voices seep through the closed door. I lean forward, straining to hear. It almost sounds like Mrs. Singletary and Principal Keller are arguing.
“It’s only an allegation. We don’t even know if it’s true.”

“Can’t you at least check his phone first?”

“I’m not putting myself in the middle of this mess. I've already made the call.”

The call? I can’t believe Principal Keller called my dad without even giving me a chance to defend myself. How’d she even find out about the picture?

The door swings open and I almost jump out of my skin. The principal crooks her finger at me. “Come in here, son.”

Trudging into her office, I sit down on a red cloth chair that’s way more comfortable than the hard one outside. My heart is beating so fast it feels like it might jump out of my chest.

The only time I’ve ever been in Principal Keller’s office was the day my dad enrolled me in school. Mrs. Singletary is standing in front of the principal’s desk with her arms folded. I hope she’s going to stay here with me, but a second later, she walks out and closes the door.

Principal Keller sits on the edge of her desk, looking down at me. “Graylin, do you have any inappropriate pictures on your cell phone?”

“It’s been brought to my attention that you have an inappropriate picture—a naked picture—of Kennedy Carlyle on your phone. Is that true?”

“This is a very serious matter, young man. So, I need you to tell me the truth.”

“No, ma’am.” I shake my head so hard my cheeks vibrate. “I don’t have anything like that on my phone.”

“I pray to God you’re telling me the truth.”

I don’t want to ask this next question, but I have to know. “Um, so you called my dad?”

I hug myself and start rocking back and forth. Even though I deleted the picture, my dad is still going to kill me for having to leave work in the middle of the day.

“I also made another call.”

At first I’m confused. Then I realize Mrs. Keller must’ve called my granny too. At least she’ll keep my dad from going ballistic.

“So you called my granny?”

“No.” The principal’s cheeks puff up like she’s about to blow something away. “I called the police.” 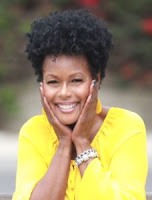 Pamela Samuels Young has always abided by the philosophy that you create the change you want to see. She set giant-sized goals and used her talent, tenacity and positive outlook to accomplish them. Pamela consequently achieved success in both the corporate arena and literary world simultaneously.

An author, attorney and motivational speaker, Pamela spent fifteen years as Managing Counsel for Toyota, specializing in labor and employment law. While still practicing law, Pamela began moonlighting as a mystery writer because of the absence of women and people of color depicted in the legal thrillers she read. She is now an award-winning author of multiple legal thrillers, including Anybody’s Daughter, which won the NAACP Image Award for Outstanding Fiction, and her new release, Abuse of Discretion, a shocking look at the juvenile justice system in the context of a troubling teen sexting case.
Prior to her legal career, spent several years as a television news writer and associate producer. She received a bachelor’s degree in journalism from USC and earned a master’s degree in broadcasting from Northwestern University and a law degree from UC Berkeley School of Law. She is a frequent speaker on the topics of teen sexting, child sex trafficking, self-empowerment and fiction writing.