At a fancy Washington political fundraiser for Congresswoman Maeve Dixon, Kit and her best pal Meg do their best to woo wealthy lobbyists for campaign donations. When a powerful K Street tycoon mysteriously tumbles off the rooftop, Kit must spring into action to discover who killed the notorious Van Parker before Dixon's candidacy sputters.

Inside the elevator, I checked the time. It was eight o’clock. Final votes were starting. I doubted Maeve needed any help, but I flipped my phone off silent mode, so I could hear it ping in case she texted me.

I could either walk two blocks to Union Station or catch an Uber home. My mind shuffled through the cost benefit analysis. I’d shelled out more cash this summer for late night rides home than I cared to remember. On the other hand, the subway was slow and unpredictable. Years of mismanagement, safety violations, and inadequate funding had made the Metro the bane of every Washingtonian’s existence. Remembering that Doug wanted to talk to me about something, I opened the Uber app. My ride was scheduled to arrive in three minutes at the corner of First and Louisiana.

I caught up with today’s news as I waited. Finally, a Camry arrived with the license plate matching my driver’s car. He slowed as I waved him down. As I opened the rear passenger door, I heard spine-tingling screams behind me. My hand froze on the door handle. Without thinking, I spun around. Two older women were standing at the entrance of a narrow passageway that separated Charlie Palmer’s from the building directly behind it. I didn’t have to move to figure out the source of their bloodcurdling cries. Near the far end of the alley, a body was sprawled on the pavement. 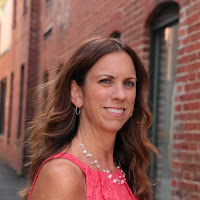 Colleen J. Shogan has been reading mysteries since the age of six. She writes the Washington Whodunit series published by Camel Press and Harlequin. A political scientist by training, Colleen has taught American politics at Yale, George Mason University, Georgetown, and Penn. She previously worked on Capitol Hill as a legislative staffer in the United States Senate and is currently a senior executive at the Library of Congress, working on great programs such as the National Book Festival. Colleen won the Next Generation Indie Award for Best Mystery for her first novel, Stabbing in the Senate. She lives in Arlington, Virginia with her husband Rob and their beagle mutt Conan.

K Street Killing by Colleen J. Shogan is part of the ‘Washington Whodunnit’ series that features Kit Marshall, whose duties as chief of staff for a Congressional Representative from North Carolina suddenly expand to include the need to solve a mysterious death. As if that isn’t enough, her home life is threatening to go through upheaval when a job opportunity opens up in another state, prompting even more conflict between her husband of a few months and her best friend since childhood.

This delightful cozy mystery is a bit different since it is set in the political world of Washington, DC rather than a small whimsical town, but it definitely has an interesting cast. Although this is part of a series, I had no trouble connecting with the characters and getting intrigued by the story. It was fascinating to learn about the maneuverings and legalities involved with fundraising and lobbyists and I obtained a new perspective and new knowledge about the roles various folks play and some of the lines that theoretically regulate their duties and actions. I love Clarence and his foibles and I enjoyed the glimpse of a world that is entirely foreign to me. There were some aspects of the mystery that were a bit predictable, but it was still entertaining to watch the case unfold and I would happily read more stories in this series.