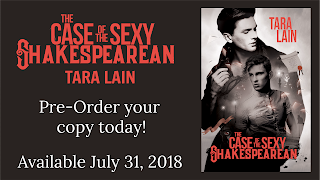 The Case of the Sexy Shakespearean
by
Tara Lain

Dr. Llewellyn Lewis leads a double life, as both an awkward but distinguished history professor and the more flamboyant Ramon Rondell, infamous writer of sensational historical theories. It's Ramon who first sets eyes on a gorgeous young man dancing in a club, but Llewellyn who meets teaching assistant Blaise Arthur formally at an event held for wealthy socialite Anne de Vere, descendant of Edward de Vere, seventeenth Earl of Oxford-who some believe was the real Shakespeare. Anne wants Llewellyn to prove that claim, even though many have tried and failed. And she's willing to offer a hefty donation to the university if he succeeds.

It also means a chance for Llewellyn to get to know Blaise much better.

Not everyone thinks Llewellyn should take the case-or the money. Between feuding siblings, rival patrons, jealous colleagues, and greedy administrators, almost anyone could be trying to thwart his work... and one of them is willing to kill to do it.

When Anne de Vere turns up dead, the police believe Blaise is the murderer. Only the shy, stuttering professor who has won his heart can prove otherwise...

Available for pre-order at

Tara Lain writes the Beautiful Boys of Romance in LGBT romance novels that star her unique, charismatic heroes. Her best-selling novels have garnered awards for Best Series, Best Contemporary Romance, Best Erotic Romance, Best Ménage, Best LGBT Romance,  Best Gay Characters, and more. Readers often call her books “sweet,” even with all that hawt sex, because Tara believes in love and her books deliver on happily-ever-after. In addition to writing dozens and dozens of romance novels,  Tara also owns an advertising and public relations firm. Her love of creating book titles comes from years of manifesting ad headlines for everything from analytical instruments to semiconductors. She does workshops on both author promotion and writing craft. Together with her soulmate husband and her soulmate Dog, she recently realized a vision to live where there were a lot more trees and a lot fewer cars by moving to Ashland, Oregon. She hasn’t stopped smiling since. 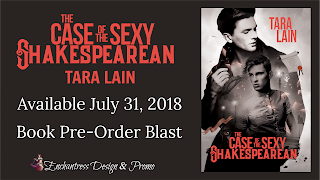