One of Two by S.R. Cronin (Spotlight, excerpt, review, and GIVEAWAY) GFT


Telepathy creates as many problems as it solves, as everyone in the secret organization x0 would admit. When new member Lola discovers another group of telepaths with a totally different approach, those problems multiply at the speed of thought.


Soon, Lola’s family and friends are in danger. Lucky for her, she’s not your average budding psychic. Each person she is close to has a special gift of their own. That’s good, because it’s going to take every power they possess to stop these others from tearing apart x0.


The grey of winter had settled into Toronto, and the monad Dave admitted he wouldn’t have minded another week in New York. The climate wasn’t better, but somehow the lights did a better job of fighting off the gloom.


But Warren Moore had said go home and find evil telepaths, so here he was at the Toronto Zoo late on a Friday afternoon, shivering as he walked through the ten-acre Tundra Trek, featuring polar bear habitat. He was thinking he should have explored the Gorilla Rainforest instead when a young boy who couldn’t have been more than ten walked up to him.


Dave blinked hard, thinking he must be mistaken.


“That’s right.” The boy answered the thoughts in Dave’s head. “It is unusual for a child my age to have this kind of ability. They let me do this to make a point to you. We are children and old people and pregnant women and men that could be your brothers. You don’t need to fight us. You need to get to know us. Yes, it was hard to find you out here. Any sensible man would have walked around the rainforest exhibit.”


Dave started to probe into the boy's mind, and he felt a sharp, defensive wall rise up to stop him. He sought out its source and sensed the woman on the other side of the bushes before he saw her. She stepped out in plain view. Good lord, she had to be at least eight months pregnant.


“Come here, Dave. Now.” The child ran toward her.


“His name is Dave, too,” she said. “My child and I are among the people of x0. You ought to get to know us better before you sign on with the one who wants to destroy us.”


With that she put her arm around the boy and the two of them walked back toward the warmth of a nearby exhibit. 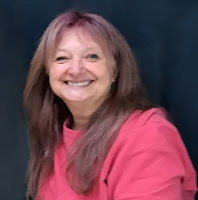 
FireDancing for Fun and Profit


TreasureHunting for a Good Time


Leavingthe Nest to Touch the Sky


Touchingthe Sky to Save the World