WHO IS THE GREATEST BRUINS’ DEFENSEMAN?

The Bruins have been blessed over the years with a wealth of talent on defense. It seems that every new generation brings a Hall of Fame caliber player to Boston’s blue line. Sportswriters have been assigning ranks to the B’s defensive stars for many decades. Feeling left out, I decided to give it a shot, myself. Here are my top ten:

Though he stands just 5-foot-9, Krug plays with a lot of heart and dishes out hits as well as he can take them. He was moving up the all-time list of top-scoring B’s defensemen when he was traded to St. Louis. He will be sorely missed. During Boston’s 2018-’19 Stanley Cup run, he led the NHL with 16 assists.

Smith arrived in time for Boston’s rebirth during the 1960s and hung around long after the club became a top contender. Being paired with Bobby Orr helped inflate his plus-minus ratings, but, even after the departure of Number-4, he generated double-digit assist totals. Only Bourque, Chara and Sweeney have played in more games for Boston on defense.

The heavy-hitting Boivin served as team captain from ’63-’66. He helped the Bruins to consecutive Finals appearances in ’57 and ’58. Both ended in losses at the hands of the powerful Canadiens. During his twelve seasons with Boston, he gathered over 200 points He was elected to the Hall of Fame in 1986.

Another largely forgotten old-timer, Hitchman was overshadowed in Boston by the two Hall of Famers he was paired with—Eddie Shore and Sprague Cleghorn. Hitchman became captain in 1928, guiding the Bruins to their first Stanley Cup

Sweeney didn’t appear in the scoring column terribly often, but he did all the other things necessary to help his team win. Only five other players in Bruins history have played in more than 1,000 games. Sweeney brought his exceptional hockey I.Q. to the Bruins’ front office after his retirement He currently serves as GM.

Like Brad Park before him, Chara began his career elsewhere and had a lot to prove when he arrived in Boston. He became the greatest B’s defenseman after Ray Bourque. He is still chugging along at the age of forty-three with the Capitals.

Park began his career with the Rangers, helping the club to seven consecutive playoff appearances. He had big skates to fill when he joined the B’s after the departure of Bobby Orr. He gave the team eight solid seasons. During the Bruins’ consecutive Finals appearances in ’77 and ’78, he was the team’s top postseason point producer.

Shore may have been the most fearless of all Bruins’ blue-liners. According to multiple sources, he collided with teammate Bill Coutu in practice one day, resulting in his ear being almost completely torn off. As a doctor reattached it, he watched the procedure calmly with a hand mirror. In an era when defensemen were not expected to score and seasons were much shorter, Shore had ten or more goals in five straight campaigns and double-digit assist totals in seven straight.

Bourque possessed one quality that Bobby Orr lacked—durability. Even when he played his last season with Colorado at the age of forty, he averaged over 26 minutes of ice time per game. Bourque protected the B’s defensive zone for twenty-one seasons and racked up more than 700 points on the power play. Seventeen consecutive All-Star selections are a testament to the fact that he was the greatest defenseman of his era.

Nine All-Star selections...eight Norris Trophies...three Hart Trophies...915 points in 657 games. The numbers say it all. Orr was simply the best there ever was.

Best of the Bruins

Among the “original six” NHL clubs to survive the Great Depression, the Boston Bruins have a vibrant history. Entering the 2020-’21 campaign, the team ranked fourth all-time with six Stanley Cup championships. Some of the most gifted players in NHL history have skated for the Bruins over the years. Best of the Bruins: Boston’s All-Time Great Players and Coaches tells the individual stories of the players and coaches who have helped make the Bruins perennial contenders for close to a century. Profiles of current players are included in this sweeping survey.

Orr did not invent the archetype of the offensive defenseman, but he elevated it to a new level. A masterful skater with unparalleled acceleration, he knew where the puck was at all times and could almost always be found carrying it, pursuing it or redirecting it. Teammate Phil Esposito recalled a game in which the B’s were on a penalty kill against the Oakland Seals. Orr took the puck behind the Bruins net and lost a glove in a scuffle with an opponent. Retaining possession of the puck, he skated over the blue line then back into the Bruins zone, where he picked up his glove and killed off a full minute of the penalty. Concluding one of the most astounding sequences Esposito had ever seen, Orr glided into the offensive zone and scored a short-handed goal.

Though Orr’s detractors claimed that he was soft on defense, others begged to differ. B’s goalie Eddie Johnston, who played with Orr for several seasons, remarked: “They say Bobby doesn’t play defense. Heck, he makes a forty-minute hockey game for us. He’s got the puck twenty minutes by himself. What better defense is there?” On a similar note, coach Harry Sinden crowed: “You can have all the Bobby Clarkes of the world. I’ll take one game from Orr. He’ll make thirty moves no one has seen before.”

Orr established himself as a cultural icon in the same manner as Joe DiMaggio. More than just a player—he became a hero to the New England masses and a legend to hockey fans outside his primary fan base. His greatest seasons were packed into a relatively short span, but his star burned brightly long after he retired as a player.  To the present day, he receives resounding ovations at every public event he takes part in. Interestingly, Orr never basked in the spotlight during his playing days. After Bruins victories, he would often hide in the trainer’s room and avoid reporters so that his teammates could receive credit. 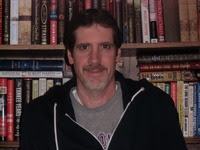 A lifelong sports fan, Weeks has published several non-fiction books on the topic of baseball. Additionally, he has two novels to his credit--one of them a posthumous collaboration with his father. His latest project: Best of the Bruins: Boston's All Time Great Players and Coaches, is now available.