Love and Mystery in the 6-oh-3 – Book 2
Who shot Lucy Watson’s estranged brother, the popular high school teacher who brought snacks for the staff and volunteered to help troubled students? When Lucy Watson returns to her hometown in New Hampshire to bury her brother, she learns law enforcement is looking into several suspects. But soon the search for the killer grows intensely personal for Lucy. The police discover a fierce argument occurred the day of the murder between Lucy’s brother and his best friend Liam McAllister, Lucy’s first love. The cops shift their focus to Liam. Determined to get justice, Lucy becomes involved in the mystery and must choose to put her faith in Liam one last time, or face the truth; she is in love with her brother’s murderer.

When former bad boy Liam McAllister runs into Lucy Watson, he feels the familiar hunger and tug of attraction that they once shared. Since their breakup five years ago, he’s regretted ending their relationship and dreams of winning her back. Now is his chance. He invites her to his bar and grill to show he’s a reformed, self-made businessman. But his plan comes apart. The bank threatens foreclosure on his establishment, and he falls under suspicion for the death of his pal and Lucy’s brother. Liam struggles to overcome his personal challenges while proving he’s changed. Can he convince Lucy to trust him, or is it too late for a second shot at love?

“Liam?” A knot formed in her stomach.

The chief eyed her with interest. “Surprised? How many years since you’ve seen him?”

“Five.” She forced herself to relax her fisted hands. “He wouldn’t shoot Ryan. They were friends. Even if that changed, I know Liam’s not a killer.”

“A witness who doesn’t want to be named reported them arguing near the Mad Moose bar and believed they would come to blows. Your brother died later that night.”

Strange. “What did they quarrel about?”

“We’re looking into the squabble. Any ideas?”

“Me? No.” The chief had nothing. Her head hurt, but his last accusation irritated her more than her headache. “One fight doesn’t mean Liam would shoot my brother.”

“You were engaged to McAllister once, right?”

She went still at the familiar ache inside her. She couldn’t explain what she felt when her relationship with Liam came up. Was it anger, regret, or pain over the wasted four years of dating? Maybe it was the way he’d broken up with her.

Liam had ended their relationship on the day she’d expected a proposal. Then he’d gone off to party all night. Yes, that was the problem. No matter how hard she tried to forget, their last evening together was seared into her memory.

“Investigate him. I understand.” She grabbed the handle of her suitcase, ready to leave and end this painful conversation. 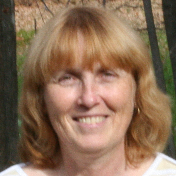 Nora grew up in rural New Hampshire, picking blueberries in her backyard and wandering the woods with her brothers. Now that she’s older, she still lives in rural New Hampshire and enjoys writing stories. She was first published in 2000 and has written historical romances, contemporary romance, romantic suspense and mystery. She is a co-founder of the New Hampshire Romance Writers chapter, which meets monthly at the Bow Library. Here she enjoys great speakers and the company of fabulous authors.


When not writing, Nora spends time with her family, sews quilts, gardens and takes road trips to anywhere fun.

by Nora LeDuc is part of the ‘Love and Mystery in the 6-oh-3’ series and centers around Lucy Watson’s search for her estranged brother’s murderer.  Actively involved in her investigation is her former love, Liam McAllister, who is struggling to cope with his sense of personal and professional obligations to her as well as the suspicions of the local police.  Added to the mix is a dangerous stalker determined to finish what he started, making danger escalate for Lucy and those around her.

This story is an entertaining mystery with several delightful twists and turns.  There are quite a few suspenseful threads, a flame that still burns between the main characters and acts as a nice catalyst for the story, and multiple secondary characters who complicate the investigation. I felt a bit overwhelmed by the various folks who seem to pop in and out of the story with no apparent purpose and I suspect that part of the problem is that this is part of a series, so there are interconnections that are not necessarily absolutely required for this particular story but would be nice to have, especially since there is a thread that is woven through and is still dangling by the end.  It would be nice to have a little more insight into the characters, but I enjoyed being surprised by the ending and recommend this story to those who like romantic suspense stories with a small town component and flawed main characters who can learn from their past mistakes.