The Lost Town: Bringing Back Trochenbrod by Avrom Bendavid-Val (VBB, excerpt and GIVEAWAY)

The Lost Town: Bringing Back Trochenbrod

Trochenbrod was a bustling commercial center of more than 5,000 people, all Jews, that was hidden deep in the forest in northwest Ukraine. It thrived as a tiny Jewish kingdom unnoticed and unknown to most people, even though it was “the big city” for surrounding Ukrainian and Polish villages. The people of Trochenbrod vanished in the Holocaust, and soon nothing remained of this vibrant 130 year-old town but a mysterious double row of trees and bushes in a clearing in the forest.

EXCERPT
As I was growing up, my father did not often mention the town Trochenbrod (pronounced Trawkhenbrawd) in Eastern Poland where he was born and raised. But when he did, his longing and affection for it were unmistakable. After my father passed away, I realized I knew nothing about his beloved hometown. He had never volunteered information about it, and I had never asked. Although none of my relatives knew where Trochenbrod had been located, other than “in Poland someplace,” they were certain nothing was there anymore. I was told that after the Nazis murdered all Trochenbrod’s Jews, they destroyed all its buildings, and the memory of it was lost.
How could that be? I wondered. How could all traces of a town and its people vanish? If the town was destroyed in the Holocaust, wouldn’t something—derelict buildings, house foundations, low stone walls—still be found there? And what happened to Christian neighbors of the Jews who lived in Trochenbrod? They weren’t destroyed by the Nazis; maybe their descendants were still there and could tell me something about Trochenbrod in the days when Jews also lived there. I had to find out. I had to see for myself. 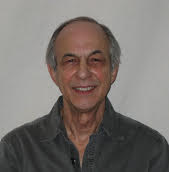 Avrom Bendavid-Val was working as an environmental consultant in Poland in 1997 when he decided to cross the Ukrainian border and visit the place his father came from, the town of Trochenbrod. Finding nothing there, he was determined to uncover the history and spirit of the vanished town. Avrom continues to this day to research, write and make films about the town, and serve as the anchor for the American community of Trochenbrod descendants. Avrom Bendavid-Val lives in Washington, D.C.