The Men of Machismo series revolves around nine friends who worked together in a male revue. Each book follows the life of a different former dancer seven years later. The Bad Decision Legacy is Will and Tonya’s story.

Tonya’s psychotic ex is stalking her. Not the best time to meet men, still her best friend begs her to show up for blind date dinner. Her plan includes the meet and greet, then heading home. Of course, she never expected a man who sent every hormone in her body into high alert. Will looked like her next bad decision.

Will’s work as a divorce lawyer included discouraging embittered women from ramming their soon to be exes with the car or setting fire to their husband’s latest girlfriend. No wonder he fell hard for Tonya. The first woman he met with no agenda, well almost none. It’s obvious Tonya is knee deep in trouble, but refuses to ask for help. Instead of running the other way, he contemplates dashing into the tornado she refers to as her life. With any luck, he might survive.

A quick scan revealed he was in his business attire, minus the suit jacket. His loosened tie and undone top button announced he was ready to leave work behind for the day. He held out his empty hand. “Hi, I’m Will, Will Robinson.”

Tonya gave his hand a vigorous shake remembering from her business training that a weak handshake always decreased the client’s confidence in your ability. “Hi, Will Robinson. Wasn’t your family trying to get to Alpha Centauri?” The quip may have been ill-advised, but his name brought up memories of an old science fiction show sometimes featured in black and white reruns. It also helped cover her surprise that a simple touch jumpstarted a chemical reaction, one she’d considered out of commission.

Will kept her hand a tad longer than needed, while he smiled with his eyes. “Ah, we weren’t that Robinson family. Mine was the one that hadn’t seen the show and didn’t understand why naming me Will was not a kindness.”

Tonya found herself grinning back at the witty male. “Did the other kids pick on you?”

“Not too much, but there was this one female who gave me a hard time, and I didn’t even know her name.” He nodded toward the front door where Lynne stood waiting.

She almost asked him what grade that was until she realized he was referring to her. “Oh, her. The name’s Tonya Smiley.”

Her last name embarrassed her. It was such a cute name. Why couldn’t she have an ordinary name like Tyler or Brooks? To push past the inevitable remarks about her being smiley or having a beautiful smile or even her name suiting her, she went defensive. “Why were you sneaking around eavesdropping on our girl talk?”

Her abrupt question triggered Lynne’s coughing. In between coughs, she managed to mutter, “Watch it.”

Will threw his hands up over his head, one still wrapped around the neck of the wine bottle. “You got me. I’m guilty. I snuck out the side door that Marc showed me to retrieve the wine I forgot. The two of you were deep into conversation. I didn’t think it was my place to interrupt, but when I felt your outfit was being criticized, I had to say something.”

The Bad Decision Legacy will be $0.99 during the tour. 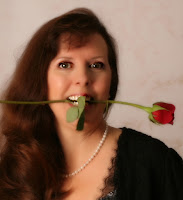 Morgan K Wyatt writes steamy romances with a side of laughter under the name of Morgan Kay. The wisecracking heroines and hunky heroes are similar to the ones in her mainstream novels, but in the Steamy Interludes series, the bedroom door is left open.  Real life issues, humor, dogs are also staples in Morgan Kay romances.