Blurb:  Teige Adams fell for the dazzling Alexandra "Zani" Fairmichael in high school, but Zani was far too sophisticated to fall for a tall, geeky misfit like Teige. Twenty years later, he is a successful photographer with a string of glamorous ex-girlfriends behind him, and Zani has become plain Allie Brown, the mother of demanding teenage twins.


When Teige discovers Allie has separated from her husband and is moving back to their hometown, he is determined to try for a second chance at the girl he never had. But Allie, on the rebound from a difficult marriage, isn’t certain what (or who) she wants. Plus, Teige’s slightly unhinged ex-fiancée and Allie’s soon-to-be-ex-husband have their own ideas about who Teige and Allie should be with. And then there is Katie, who is certain Teige is "The One" for her.


Will Teige finally win Allie’s heart – or is it too late for a second chance?

“I’m sorry I ran away and left you,” I murmured against his chest. His arms felt


so safe and strong and forgiving. He smelled of booze and leather and perfume, and

I pulled back a little so I could see his face but I wasn’t ready to relinquish
those arms yet, no matter what my head was trying to tell me. “Where were you
tonight? Were you out?”

He shook his head. “I’ve been at home. I left Jake at the hotel at about, oh,
five o’clock?”

I didn’t really want to ask, but I couldn’t stop myself. “Alone?”

He hesitated and that told me more than any words. My heart dropped like a
stone.

“With Eva?” I asked hesitantly, not sure how I would feel about that at all.

“No, not Eva.” He tried for a smile. “Someone I was taking pictures of, that’s
all.”
“A job? After being in the pub all afternoon?” Even I wasn’t that credulous.

“More of a favor for a, um, friend.” His eyes were soft but there was something
in them that warned me to leave it at that. Because if I asked he might just tell. And I
honestly wasn’t sure I wanted to know. His arms tightened around me.

“So what are you doing here?”

I felt the chuckle rumble through his chest and some of the tension left his
body. “I just wanted to see you, that’s all.”

“At midnight? When you’ve been drinking?”

“You’re worth the risk.”

What girl could resist? He tilted my head up and kissed me softly. He tasted of
toothpaste with a slightly sour side of old wine. But he was still Teige.

“Do you want to come in for a coffee or something before you go back?”

He shook his head. “I’m OK. I stopped drinking hours ago. Anyway, I don’t
want to upset those excitable girls of yours.” He glanced up to the bedroom window
even though I was sure we were invisible, tucked up as we were in front of the door.
“Listen, I wanted to ask… will you come to the reunion with me on Friday?”

I hesitated for a second although I didn’t really need to think about it. I just
wanted to enjoy the look of anticipation on his face. “OK then.”

He nodded slowly as if he had never been in any doubt I would accept. “Call
you tomorrow?”

I nodded. He smiled. And then he was gone.

I watched him climb onto his bike and with a final wave he roared off down the
street, gunning the engine unnecessarily and setting off the neighbor’s yappy dog.
The cloud from his exhaust hung in the air for a few moments, as if he had left
something of himself behind. And I couldn’t help smiling as I closed the door. 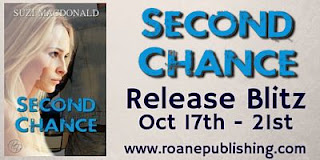 Open only to those who can legally enter, receive and use an Amazon.com Gift Code.  No purchase necessary, but you must be 18 or older to enter. The winner will be chosen by rafflecopter, and announced on the widget. Winner well be notified by emailed and have 48 hours to respond or a new winner will be chosen. The number of entries received determines the odds of winning. Giveaway was organized by Roane Publishing's marketing department.


Note from ELF: It seems, from the AMZ page, that this title may have been released before using an alternate name (Jane Green)
Posted by ELF at 12:30 AM