Devlin Sinclair, the New England Dark Ones’ Hunter, is on a mission to track down the elusive and mysterious Medusa, perhaps the ultimate nemesis the Pure and Dark Ones have been battling in recent years.

But he can’t do it alone.
Grace Darling has isolated herself from the world since a very young age, after her parents’ death and because of her own social disability. Awkward and brilliant, a born sensualist, Grace agrees to a blind date that changes the course of Destiny.

She has the skills he needs. Their chemistry is off the charts, but will she, can she give him the love he craves?

The taxi jolted to a stop and Grace got out without waiting for Devlin to disembark first and open the door for her.

He never understood this aspect of modern women, in particular American women. Were they so independent that they couldn’t appreciate gentlemanly behavior? Did they never think that some men simply enjoyed being a gentleman?

After some two hundred years, Devlin would always behave according to the principles and manners that had been ingrained in him since birth. Not because they were habits he couldn’t shake off but because they were part of who he was, part of the man he was.

He rapidly scoured his mind for ideas. How could he get this strange, Sphinx-like woman to invite him inside? Surely there was a—

“Come inside,” she intoned with nary a trace of emotional inflection. Not excitement, anticipation or nervousness.

But at least she saved him from thinking up an excuse to impose on her.

Devlin was about to thank her for her invitation when he met her eyes.

Her pupils had fully swallowed her irises. Her stare was so intense now that it actually gave him pause.

Just who was the hunter and who, the prey? Her unblinking black eyes reminded him of a cobra hypnotizing a field mouse.

He silently accepted her invitation anyway by following her down the steps of her basement apartment in a posh part of Soho, and then inside her abode once she unlocked and opened the door with efficiency.

He was well over ten times as strong as she and a trained killer besides. He was certainly not the prey in this scenario.

Just as efficiently, she locked the door the moment they were both within the entryway, working a series of four locks and deadbolts in addition to punching in the codes to a state-of-the-art security system. No one was getting into her fortress unless she voluntarily admitted them.

Devlin wondered if the same applied for getting out. 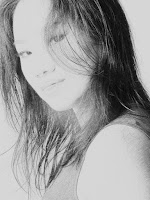 Aja has been writing stories since the age of six, and novels since the age of thirteen. While she'd be the first to admit that those early efforts weren't particularly good, she sure loved putting them down on paper!

The best part of writing, according to Aja, is that it’s completely organic, the way the stories develop. When the inspiration hits, she writes just so she herself can learn where the characters are headed because oftentimes, they take her by surprise! It is her ultimate dream to share her stories with as many readers as she possibly can.

Her other loves include art, cooking, old movies (anything with Audrey Hepburn, Marilyn Monroe, Robert Redford, Vivien Leigh, Elizabeth Taylor, Paul Newman, Clark Gable, and all the song and dance numbers because she can’t watch them and not be happy!) She adores taking long walks with her husband and running after her two rambunctious kids. She has traveled extensively (all seven continents except Antarctica) and has a multi-cultural upbringing. She speaks two and a half languages and binge watch TV shows when the mood strikes.

Aja has a Bachelor’s of Arts in Comparative Literature and Economics and two Master’s degrees, one of which is in East Asian Studies.