Alex Kennedy knows he's a rascal. A rogue. An arrogant bastard. He wreaked havoc on his best friend's marriage by falling in love with his best friend's wife, and now he's trying to move on. Sex, drugs, booze, boys, girls and toys. He's hell-bent on forgetting the past and running toward a future he doesn't believe he deserves, only to discover the truth in moments of disarray.

He pulled out the first pair of soft pajama bottoms he could find. They were the Hello Kitty pair he ought to have thrown out long ago, and after he tugged them on, he sat on the bed with his head in hands for a long time.

The pajamas made him think of Anne, which made him think of Jamie, and wouldn’t it have been the perfect hour of the night to call the number of the house on the lake and talk to one or both of them? To ask them if he could come…home, Alex thought, and clapped a hand over his mouth to stop the small cry from leaking out. Anne and Jamie’s house could never again be his home. He’d ruined that the summer he’d stayed there, and if it had been salvageable, he’d ruined it again for good after what had happened later, with Jamie. After seeing Anne in Cleveland, Alex knew there was no way he could ever take that sort of advantage again.

“I hope the thought of never touching me again makes you want to die,” Anne had told him that night, but he would die rather than hurt her again. Of all the things in his life he’d messed up, he would never forgive himself for what he’d done to Anne Kinney. Even if she forgave him for it.

The book is on sale for only $0.99 at this time
(Please check price before ordering) 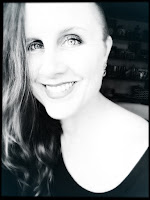 Megan Hart writes books. Some of them use a lot of bad words, but most of the other words are okay. She can't live without music, the internet, or the ocean, but she and soda have achieved an amicable uncoupling. She can't stand the feeling of corduroy or velvet, and modern art leaves her cold. She writes a little bit of everything from horror to romance, though she’s best known for writing erotic fiction that sometimes makes you cry. Find out more about her at her website, or if you really want to get crazy, follow her on Twitter, Facebook, and Instagram.