If there are only three truths in life, they are these. Women will always try to change a man. Men will always say anything to get a girl in bed. Tyler Mason will always have a long line of girls trying to domesticate him, and none will succeed. If one of these ceases to be true, the world will cease to exist.

These are the rules as college student Cassie Faye knows them, so when she gives up on dating in favor of a man who can satisfy her without tempting her heart, her next-door neighbor Tyler tops the list. Tyler isn’t the type of boy Cassie would fall for, but he’s the perfect guy to teach her how to claim her sexual independence without losing her heart in the process. Too late, Cassie finds out that under his womanizing exterior is an attentive, considerate lover who brings out passions in her that she'd barely glimpsed before.

What if she’s wrong about the third truth? What if the world as she knows it is about to cease to exist?

Tyler sits up, resting his back against my headboard, and pats a spot next to him. “Come here.”

“You’re either turned on or scared shitless,” he whispers, staring at my breasts.

I peer down, and I’m startled by the heavy rise and fall of my chest. My rapid breathing reminds me of Princess Catherine on her wedding day, when her chest had been heaving from nerves.

He takes my hand and draws me close until I’m nestled in the crook of his arm.

“Which is it?” He brushes his lips across my knuckles.

I’m being somewhat truthful. Only about ninety percent of my brain is calling me an idiot for sleeping with Tyler Mason, playboy extraordinaire. The other ten percent’s obsessing over the Magnum XL in his pants. He threads his long fingers through mine, and I’m momentarily mesmerized by how graceful they are. He has artist’s fingers, the kind that should play the piano or draw angels on ceilings of cathedrals.

“We could just talk,” he says.

“There doesn’t have to be any rules.”

Oh yes, there does. Over the last week, I’ve found myself thinking about Tyler more than I should, and we haven’t even had sex yet. If I let him into my personal life by telling him about my family, friends, or dreams, it’ll only get worse, and I can’t risk that.

As if reading my mind, he says, “I know how to be an asshole when I need to be.”

Therein lies the secret to keeping my feelings separate from Tyler. All I have to do is count on him to piss me off, which is one-hundred percent guaranteed.

The book is on sale at this time for $0.99 (please check price before purchase) 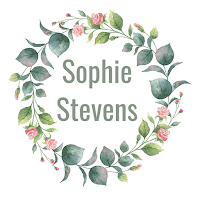 Sophie Stevens is a southern girl at heart, living in Texas with her husband and three kids. During the day she’s an aviation engineer. At night she moonlights as a naughty romance novelist with a passion for writing steamy love scenes that make her husband blush. When she’s not testing PCB boards, driving children to practice, or writing, she can be found curled up next to her black kitty reading a good book—a romance of course.