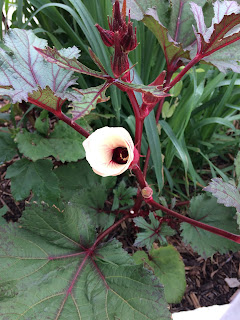 My author, Keri Kruspe has generously put her exciting science-fiction adult romance trilogy on sale for a limited time only.

This includes the following books:

Alien Legacy: The Empath is the first installment in a steamy, adventurous SciFi Romance series.

An alien empath who long ago shut his emotions down. A lonely woman, unaware of her vital role in preventing an upcoming alien invasion. Thrown together by chance, can they overcome their mistrust to save us all?

Just his luck, alien-hybrid Ben is the only one for the job. Being an empath and a financial wizard, he alone can uncover an essential ally that’s key to thwarting a plot his alien ancestors, the Akurns, began at a small regional bank in Vegas. If successful, the aliens will have everything they need to crash the Earth’s economy, leaving mankind ripe for a destructive invasion.

A smart-ass alien shifter who struggles against past heartbreak. A woman who isn't what she thinks she is. Together on the run from invading aliens and the CIA.

Deep inside, Dr. Jena's restless nature is taking over. With each passing day, it’s crucial she figures out who or what she’s supposed to be. Clueless how to solve her inner demons, she focuses on her veterinary clinic while raising teenage twin brothers after they suffered a devastating loss when their adoptive parents were killed. Little did she know rescuing a wild wolf caught in a steel trap would answer all her questions.

Being part alien, shapeshifter Pete doesn’t take things seriously. But lately his good humor is stretched to the limit. Oh, an ET invasion, a worldwide financial crisis, and the CIA on his ass were all fun and games. What he couldn’t handle was watching his baby brother fall for a woman he just met. Hadn’t the dumbass learned from Pete’s mistake? A woman will rip your heart out, stomp on it, and throw it in your face laughing. No thanks. He’d rather shift into a wolf and run wild.

Thrown together, Pete struggles with his growing attraction to the delectable Jena. From every side, enemies close in, determined to rip them apart. Can two strangers learn to rely on each other to not only survive, but to trust the love growing between them before they are caught and killed?

Reader Beware: If you like scorching hot alien shapeshifters, gut-wrenching adventure, and a steamy romance, you'll love this series. No cheating, no romance cliffhanger, and a HEA guaranteed! This riveting Sci-Fi Romance is intended for mature audiences.

Aliens captured her, making her into a dangerous weapon. He’s a wounded recluse obsessed with saving her.

Alien Legacy: The Psychic is the third installment in a steamy, adventurous SciFi Romance series.

Jordyn is a professional woman at the top of her game. That is until Auntie reveals the horrible truth. Not only is her aunt not her aunt, but she claims Jordyn isn’t even human. To make matters worse, Ancient Aliens from the distant past are coming back, intending to take over Earth.

And they need Jordyn to carry out their dastardly plan.

Psychic Michael feels the pull from Jordyn after the aliens release the power within her. But he knows he has to resist the urge to find her. If he and Jordyn come face-to-face, she’ll absorb his abilities which might end up killing him.

Drawn into a dream world, Jordyn and Michael discover they’re kindred souls. Their all-encompassing love is something they never believed possible. But before the alien’s release Jordyn as a lure to capture Michael, she’s injected with a heinous poison that will force her to do what they want. Complete with a timer. Either bring Michael back or suffer an agonizing death.

Jordyn can’t believe how fate has screwed her. She survives an alien abduction, endures alien experiments, is given superpowers, and meets the man of her dreams.

Only to be forced to kill him… or die.

Reader Beware: If you like scorching hot alien-hybrids, gut-wrenching adventure, and a steamy romance, you'll love this series. While it is book three and the invasion is still creeping closer, there's no romance cliffhanger with a guaranteed HEA! This riveting Sci-Fi Romance is intended for mature audiences.

Caution: This book contains alien abduction and experiments. Some readers may find this disturbing.

Make sure you don't delay, as the price will change quickly.