© is the premiere novel by author George T. Chronis. The book delivers suspenseful and sweeping historical fiction set against Central European intrigue during the late 1930s leading up to 1938′s Munich Conference. The characters are the smart and sometimes wise-cracking men and women of this era – the foreign correspondents, intelligence officers, diplomats and career military – who are on the front lines of that decade’s most dangerous political crisis. With three million ethnic Germans in Bohemia at stake, Adolph Hitler’s unshakeable will demands that the Sudetenland be ripped from Czechoslovakia and joined with Germany. The novel takes readers behind the scenes into the deliberations and high drama taking place within the major capitals of Europe as the continent hurtles toward the crucible of a shooting war.

"The Germans are very keen to have news of the conference broadcast live across the world. They are very confident of the outcome. Godesberg is a great victory for them," Shirer felt a tad uncomfortable at helping them promote their success.

"Yeah, that's what I have been reading in the local rags," Endicott found the towing of the government's pitch lines to be remarkably uniform.

"Don't be too hard on us, my friend," an overly cheery German broke into the conversation to sit down at the table without waiting for an invitation. "Godesberg is one of those rare occasions where everything we print is actually true."

"Of course! And so do you. I am just better at snooping than you are," the German boasted, although he ranked Shirer's attention to detail as amazingly high.

"Pleased to meet you. Charles Endicott, Hearst International News Service," Endicott reached over the table to offer his hand.

"I just read your story. Great work there: Kidnapped By the Sudeten Freikorps. I am glad you survived unscathed. Many of their number are severely undisciplined," Culemann was sincerely pleased no harm had come to the American.

"Thanks on both counts. Sometimes I get lucky," Endicott hoped the roll lasted for a while longer. "Say, you look like a man in the know. When does Herr Hitler arrive?"

"Oh, the chancellor is already in Godesberg... upstairs as we speak," Culemann informed them.
"Now you're talking," Endicott perked up. "When do you think we will get a chance to see him?"
"Any time really. One never knows. He could stroll through the lobby in five minutes on the way to his river yacht. The vessel is tied up at the water's edge," Culemann located the vessel through the window and showed them.

"Somehow I expected something more formal," Endicott sounded let down.

"Do not despair, the Teppichfresser will not disappoint," Culemann lowered his voice as he teased the Americans.

"The what?" Endicott did not understand the term.

"Carpet eater?" Shirer's translation did little to ease his own confusion.

"You two have obviously not been paying attention to the discussion at the next table," Culemann nodded in the direction of two party hacks nearby.

"I imagine not," Shirer had been ignoring their boorish neighbors on purpose.

"Perhaps you have heard... the chancellor often has strong reactions to bad news," Culemann continued in a whisper. "Chamberlain promised him that he could deliver the Sudetenland on a platter and all of the news from Prague says Beneš is obstinately refusing to go along. Those two over there were just mentioning how this continued stubbornness by the Czech president has brought on one of Hitler's rages causing the leader of the great German Empire to fling himself on the floor where he chews on the edge of the carpet."

"You have to be kidding," Endicott found such a tale difficult to believe.

"Trust me, on such matters, I never kid," Culemann wagged his forefinger at the Americans. 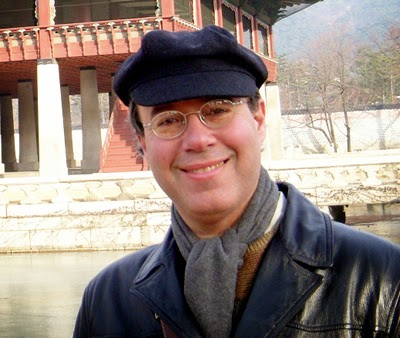 After years as a journalist and magazine editor, George T. Chronis decided to return to his lifelong passion, storytelling. A lover of both 1930s cinema and world history, Chronis is now devoted to bringing life to the mid-20th Century fictional narratives that have been in his thoughts for years. Sudetenland

© is his first novel. Taking place during turbulent times in Central Europe during the 1930s, the book took eight years to research and write. The author is already hard at work on his second novel.

Chronis is married with two daughters, and lives with his wife in a Southern California mountain community.