Through His Eyes by Deborah Camp (spotlight, excerpt, GIVEAWAY and review) GFT

Someone is stalking women and murdering them in Key West.

Psychics Levi Wolfe and Trudy Tucker join forces to help identify the murderer and stop him. Levi can channel the deceased victims and Trudy can tap into the mind of the killer. As a psychic detective team, they're formidable. As lovers, they discover that they're insatiable.

As they grow closer, Trudy wonders if Levi will ever completely trust her and let her know his heart. Levi struggles with his new, tender feelings toward Trudy and worries that she might be in over her head with him and with the case they're working on.

Because if Trudy can see through the killer's eyes, can the killer see her?


Trudy blinked and blinked again. A shudder convulsed through her and then life blazed in her green eyes again. A whimper escaped from her.

“Thank God.” Levi pulled her into his arms and rocked her back and forth. “Jesus, that scares the shit out me, so I can only imagine what it does to you.”

“What?" Her voice was muffled against his chest.

Reluctantly, he held her a little away from him and met her questioning gaze. “What did you see? What does she look like? Do you know her name?”

Trudy drew in shaking breath and closed her eyes. “She’s about my age, taller than me, white-blond hair and it’s piled up on her head in a high ponytail. She’s stacked. Big boobs – probably double D’s – small waist, small hips, tanned legs. She’s wearing cutoffs and a white t-shirt and she’s barefoot.”

“Is she with anyone? Is Zelda with her?”

She puckered her brow, deep in thought. “I think she’s with a group of people, but I’m not sure.”

“Let’s go find her.” He stood up, pulling her to her feet. “We’re only two blocks away.” Bending his knees, he ducked down to capture her gaze. Her cat eyes were swimming with unshed tears. “Are you okay?”

She nodded and wiped the moisture from her lashes. “I’m fine now. My head was foggy there for a minute, but I feel okay, I think.”

Slipping an arm around her shoulders, he set off with her toward the crowds at Key West’s most famous square where a woman had been marked for death by a madman. 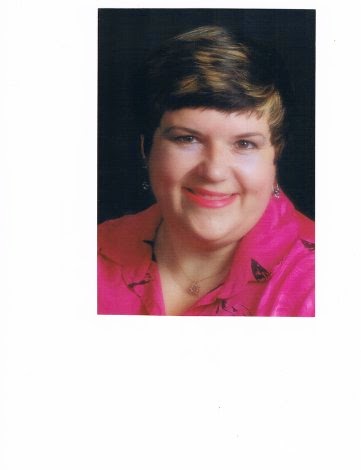 Author of more than 45 novels, Deborah lives in Oklahoma. She has been a full-time writer since she graduated from the University of Tulsa. She worked for a few years as a reporter for newspapers before becoming a freelance writer. Deborah's first novel was published in the late 1970s and her books have been published by Jove, New American Library, Harlequin, Silhouette, and Avon. She has been inducted into the Oklahoma Authors Hall of Fame and she is a charter member of the Romance Writers of America. She is also a member of the Author's Guild.

Lover of the west and the people who tried to tame it, Deborah likes to write about strong, independent women and the men who are their equals. She grew up on a diet of TV westerns which have served her well. Since she appreciates men with devilish twinkles in their eyes, she likes to mix laughter in with the love scenes in her books. Also widely published in non-fiction, she writes and edits for a magazine focused on small businesses. Deborah taught fiction writing for more than 10 years at a community college. She is currently working on her next historical romance set in the wild, wonderful west.

Her books have been re-issued on Amazon for Kindle Direct and have attracted tens of thousands of new fans.

by Deborah Camp is the first story in the ‘Mind’s Eye’ series and centers around psychic Trudy Tucker as she struggles to find a way to use her powers and make a living. Forced to work with an expert in the field, Levi Wolfe, Trudy fights her attraction to the self-assured and showy psychic, even as she struggles to deal with the change in her powers. They will need to find a way to balance their personal and professional interactions if they are going to be successful at catching the killer who is terrorizing the women in the Florida Keys.

This entertaining paranormal tale blends descriptions of intriguing powers with a chilling mystery story.  I liked the buildup of suspense as the race to find a killer before he takes another victim alternates with the enhancement of power as the main characters find a way to work with each other.  The interaction between the psychics heats up nicely as the story progresses but the uneven relationship is a little uncomfortable to me since he is so confident and forceful and she is tentative and being forced out of her comfort zone.  It was a little surprising that the ‘guide’ wasn’t more clear but I did like some of the twists and turns that the case took and I think that this is a good start to the series, although one should use caution if one is a bit squeamish.  The ending is quite a tease and makes one look forward to reading more about this couple and the unexpected turns their relationship is undoubtedly going to take.