When Corr Syl's friend and fellow warrior Rhya Bright is betrayed by the lynx descendent Able Remington, Corr tracks Rhya to the heart of the enemy Taoso nation ruled by the ruthless Minister Ya Zhōu, a Human who commands a secret network of Tsaeb spies and assassins. Reactivating an ancient warcraft known as Z99, Corr sets out to save Rhya, who has her own plans for escape. As he scours the planet and sees the destruction caused by carelessness and selfishness, Corr realizes that he wants to be more than a fighter. Corr Syl the Terrible is the story of a brave young warrior who must decide if he is more than the swords he carries.

During the ten-million years of war following the dinosaur extinction, Tsaeb warriors had built flying warcraft. One of them sat in the catacombs beneath the Continental Center Museum. Corr’s teacher, Halbert Sims, assumed the plane used antimatter power. Antimatter engines exhausted super-hot air that would add a problem to the complex concerns of the Tsaeb gleaners who cared for the land. No Tsaeb wanted that.

However, Rhya was an important person. Her need justified the plane’s use—if it still worked. Corr called the museum, introduced himself to the curator, and asked if he could use the old aircraft.

“Of course you can use the craft. Anyone can, but you are the first to ask while I have been here. I remember seeing a warrior symbol on the side, so I guess it belonged to the warrior guild. Let me look it up.”

While he searched for the craft’s records, the curator said, “Corr, the old warcraft is mysterious. Warriors must have built it near the end of the Age of War. It’s the oldest relic in the museum. I saw it when I started working here—it looked shiny and new. Ah, here’s the access number. I have to go to the vault.”

A few minutes later, the curator said, “I found a folder, but there’s nothing in it except a sheet of blue material inscribed with two lines. The first line says ‘Key’ followed by a series of letters and numbers. The second line says ‘Designation: IOZ-1899.’ 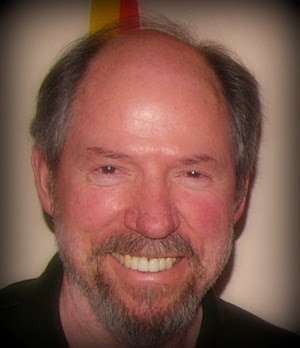 Garry Rogers is an advocate for wildlife and nature conservation. A former professor at Columbia University in New York City and author of the award-winning Arizona Wildlife Notebook, Dr. Garry Rogers has appeared on NPR and PBS, and he is often invited to meet with library and school reading groups to discuss his work. His first novel, Corr Syl the Warrior received the Kirkus Star, and won Arizona Librarians’ OneBookAZ contest (2014—teen category).

Garry Rogers will be awarding a $50 Amazon/BN GC to a randomly drawn winner via rafflecopter during the tour.