Raised by a single mother in London, Anna Harris was surprised to find out her father was the business mogul, Oliver Bolles. Deciding to follow in his footsteps, she used her brilliant ability with numbers to secure a sought after position in a London brokerage house. Disillusioned by the lack of integrity, Anna decides to seek a more fulfilling career and unknowingly throws herself into the path of an old obsession, Alistair Martin. Finding it difficult to endure the emotional scars of being abandoned by her father and then taken advantage of by a devious boyfriend, Anna avoids serious relationships until she is challenged to do something she has never done.

Alistair Martin is a hot, obscenely wealthy vineyard owner with a razor sharp business mind who pursues Anna out of curiosity and decides to invest into her failing events management company. He was raised in poverty until he was a teenager and his father’s family brought him into the fold. Anna is not what he expects and he has to change his game plan if he hopes to convince the secret heiress to let down her guard enough to leap into a wild affair.

EXCERPT
Alistair Martin walked into the pub and his eyes were drawn to a beautiful blond girl drinking a Guinness. Dressed in tight fitting jeans and black boots, her charming laugh and graceful body set off a rapid fire urge to approach her. It was ridiculous; he had never set eyes on her before. How could he possibly be drawn to her?

He turned his attention back to the pub. He was doing a surprise walk through of his flagship microbrewery. It was his most lucrative pub. Observing the wait staff, he could tell they were trying to warn each other. His expectations were high but open-minded and he had a reputation for an over the top work ethic and a razor sharp wit.

His attention turned back to the group of investment bankers out for an after work drink. The woman was in her mid-twenties and seemed to keep up with the conversation and took an occasional sip of ale.

Why was he enthralled by this particular beauty in sexy jeans? Alistair stayed motionless as she turned and placed her empty bottle on the table and waved to the group. She walked straight toward him and he had the odd feeling that they had met before.

She had a beautiful body that was both feminine and sleek. Her face had a trace of makeup but she wore no jewelry. Their eyes met and she hesitated for a split second.

She nodded in acknowledgement. “Mr. Martin, it’s lovely to see you again.”

Why couldn’t he place her? He couldn’t imagine bedding her and not remembering the encounter. His body reacted swiftly to her nearness.

“I can’t think of how we know each other.” He looked into the crowd, trying to cool his reaction. Could she be an employee in one of his establishments?

“It’s not a big deal. We met ages ago at a gathering.” She was inching away from him and he could see the manager of the brewery in the distance trying to tactfully get his attention.

He reached out and touched her arm. “Care to refresh my memory?” 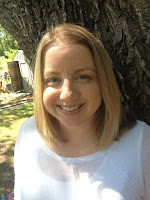 Susie Warren spends most of her time writing intense and complex stories about falling in love.  Her beloved characters are real living and breathing people thrown into unusual circumstances.  Besides being drawn into a make believe world each day, Susie keeps tabs on her inventor husband and her three challenging yet mostly perfect teenagers. She has five novels published and is working on her 6th.

Sign up for her newsletter for a chance to read her next book early and receive information on discounted prices and free books!

by Susie Warren is part of the “Bolles Dynasty” series and follows Anna Bolles, a driven investment broker, who makes a radical career change.  Her decision to join an events planning company is fraught with risks, including the business’ lack of solvency, which brings her into contact with the one man she’s had an obsession with, ever since he rejected her.  Alistair Martin is a very successful businessman in England, but it will take all of his skills to get Anna to take his business advice as well as accept his personal requirements.  Unfortunately, Anna has plenty of emotional scars as well as a very stubborn streak, and may not be able to accept anything from Alistair, no matter what he promises, and he has plenty of scars of his own that keep him from promising the one thing Anna may be willing to accept.

This story is an adult contemporary romance that gives an intriguing glimpse of life in London on several levels.  I was a little startled to think of prosperous vineyards in England, as that is a product that I don’t typically associate with that country, and there is a nice contrast between the cutthroat business environment that Anna flees, and the challenges of starting a new career in a vocation that is relatively new to her.  I didn’t think she had done a good job of researching the company she was joining, which seemed a bit contradictory, given her business and mathematic acumen, but I suppose her struggles are required for the storyline.

I liked these characters and ached at the betrayals that have formed Anna’s character, but the two of them frustrated me as well.  Their chemistry is sizzling, but their seesawing relationship was annoying and it took far too long for the air to clear, as far as I was concerned.  It also would have been nice to get a little more depth to the secondary characters, especially since this is part of a series, and undoubtedly some of them will figure in subsequent stories.  I’m also a little puzzled by the title, because everyone seems to know Anna’s last name and connect it with her famous father.  Despite all of this, I feel that this is a lovely light read, with plenty of passion and emotion leading up to a satisfying conclusion.