Reeling from Project Powering, the recent battle between the evil Nexus Group and her colony of were-cats, were-lynx Lara Monroe is struggling with not only thwarting the group’s plans to take over the world and eliminate her colony, but also her own traumatic past and aching heart. Through her work as a veterinarian equipped with a special healing touch, she can help animals. Animals she can trust not to tear open her heart. As the colony’s unofficial go-to for help with emotional issues, Lara is eager to use her healing touch to help colony cat Booker Chase process grief and his PTSD. But as the focus of her unrequited love, Booker unknowingly beckons her to ask for more than friendship.

A formidable were-lynx and a physician, Booker nonetheless has his hands full helping patients who were seriously injured in Project Powering. Though his healing touch is powerful in healing physical injuries in his patients, it’s useless to help him heal from the loss of his wife or the retriggered PTSD he incurred while serving in Afghanistan. Now that his good friend Lara is standing by him in his emotional struggles, he is finding there is more to his connection with her than he realized. But dare he open his heart to her?

In the epic conclusion of the Fierce Hearts series, while the colony faces constant threats in attempting to end TNG, will Lara and Booker survive to take their second chance at love?

Each member of the colony had put their lives on the line to protect the city from the ravages of TNG. Each cat used their heightened were-lynx senses—stealth and agility—along with their individual special ability to fight for good. Casey, the leader, could see through objects. His fiancée, Michelle, though a human, was highly sensitive to others’ emotions and was psychic. Conrad had the ability to perceive solutions, whether a problem or directions to a location. His wife, Asia, could read minds and had expanded her skill from reading animal minds to human minds, as well. Casey’s sister, Kennedy, had procedural, photographic memory and was skilled in technology. Lara’s brother and Kennedy’s boyfriend, Asher, could control minds, what he called nudging. Genius Quinn could see parts of things in the context of visualizing a whole. His wife Tizzy could interact with surfaces and gather information through her feet from those surfaces. She also could leap very high and perform athletic stunts. And, like Lara, Booker had special healing power. All of them had used their skills and abilities in the colony’s attempts to thwart the malevolent activities of TNG and protect the humans.

And what had they gotten from those they were protecting? Fear and hostility. 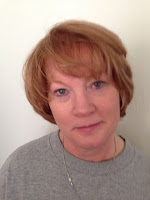 Lynn Crandall lives in the Midwest and writes in the company of her cat. She has been a reader and a writer all her life. Her background is in journalism, but whether writing a magazine or newspaper story or creating a romance, she loves the power stories hold to transport, inspire, and uplift. In her romances, she focuses on vulnerable, embraceable characters who don't back down.

by Lynn Crandall is Book 5 of the ‘Fierce Hearts’ paranormal series.  Lara Monroe, a veterinarian, is part of a colony of were-lynxes, and is trying to survive the society that includes The Nexus Group, TNG, which is determined to control the city.  Booker Chase, an MD, is also part of the colony, and like the rest of them has a special power that he uses to protect the colony and fight against the TNG, but he is unaware that Lara has always loved him and is waiting for him to get past his grief over his recent loss.  The entire colony needs to work together to counteract the monsters being created by the TNG, but there’s no guarantee they will be victorious and the price for success may be more than they can afford to pay.

This story features a class of shapeshifters I haven’t seen often in the paranormal romances I have read, and I enjoyed learning a little more about this class of felines.  The concept of an inimical group exploiting the innate abilities of weres to subjugate them as well as humans is a frightening premise, and the complicated relationship between some of those who have been taken into the colony and their enemies gets a little convoluted.  I suspect that a familiarity with the events that took place in the previous stories would help make things a bit clearer and more enjoyable, especially since this is the book that ties up all of the ongoing threads of the series.  There are very poignant moments as the pain-filled pasts of the main characters are revealed, and exciting fight scenes combined with a relationship that has to overcome both emotional and physical obstacles and I think that fans of shapeshifter tales would enjoy this story, but my advice would be to start with the beginning of the series for true appreciation.