He’s the hot new guy in the small-town Wyoming office, a bachelor from L.A. with a trail of divorces behind him. But something about Blake Cobb has Sadie Felix setting her sites on him—even though he might just be her biggest competition in the race for a much-coveted promotion. Still, a little workplace rivalry will only make the tension between them more thrilling. At least, that’s what Sadie hopes, until she learns Blake’s already dating the boss’s daughter…

She’s an ambitious corporate climber with a face and a body that could stop a clock. Which is exactly why Blake steers clear of Sadie Felix—he’s been there, done that, with disastrous results. Besides, his new girlfriend is a dead ringer for his first love—the one who got away. But when an office scandal throws the boss’s daughter in a new—and unflattering— light, Blake’s forced to see what’s been right in front of him all along…

“You don’t love someone because of their traits,” Sadie snapped. “I add up to more than my idiosyncrasies, more than the mere characteristics of my personality. I’m a human being with faults and fears. I make mistakes. I can be ugly, Blake. As ugly as Amanda, and far uglier than Quinn. So, no, you don’t love me. You don’t even know me.” She went to slam the door in his face.

His hand shot out, catching it and holding it. “Sadie, please.” Hardly a whisper.

Why was he doing this? With one hand, he offered her everything she wanted. With the other, he shaped it into something meaningless and lamentable.

She wanted to help him find his way, but not like this—not as the second-place runner-up for Quinn’s stand-in. “I’ve got it bad for you, Blake. You.” She took a long stride to stand in front of him and drive it home. “Not someone like you, not a suitable substitute, not someone who happens to remind me of you. I’m not settling for someone similar to you, or someone who has the same sense of humor, or the right clothes, or an interchangeable personality, or who laughs at the right jokes or cries on cue. I deserve better than that.” She clenched her jaw and ground out the last words through a sieve of iron, because it pissed her off that she needed to say them. “I am Sadie Darling Felix, and I am worth a thousand Quinns. And any man who thinks he’s going to waltz into my home and tell me I’m good enough doesn’t deserve me.” 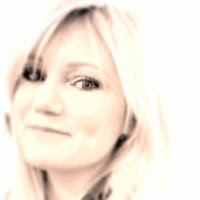 A Florida native, Roxanne Smith has called everywhere from Houston to Cheyenne home. Currently residing in Asheville, NC, she's an avid reader of every genre, a cat lover, pit bull advocate, and semi-geek. She loves video games, Doctor Who, and her dashing husband. Her two kids are the light of her life.

Running the Numbers by Roxanne Smith is part of ‘The Long Shot’ romance series and features Sadie Felix, who is striving to reach the next goal in her long term plan, despite all of the obstacles in her way…jealous coworkers, a persistent and competitive ex, and the new guy in the office, Blake Cobb, who seems to have issues with distinguishing the women in his checkered past from those he is about to work with.  Sadie’s determination to be valued for herself is going to be tested, and her office…and her life, may require a complete overhaul before everything is over.

This contemporary romance reminds me of a soap opera. The undercurrents and overt hostilities of the staff in an office that is somewhat of a battlefield in fragile balance, at least until a new player is added to the mix, is complicated by the history that most of these people continue to carry with them. I was a little startled by the amount of baggage that the main characters have to deal with before they even start trying to interact with each other, and, wow, I have to say…with a best friend like that, who needs enemies? It was difficult to establish a rapport with any of these folks at first, given the amount of angst that is a major component of their psyches, but gradually some of them start to display more likeable qualities. The mystery and investigation are a bit awkward to me, and the blithe disregard for complying with office rules was disturbing and unrealistic to my way of thinking. Despite all of this, I gradually came to root for Sadie, who has the courage to demand respect and the right to be appreciated for herself, not as a substitute for an imaginary ideal. I’m not sure I am convinced by the attraction that develops between Blake and Sadie, but I certainly did enjoy some of pithy comments that result from their interactions, as well as the remarkable apologies that are offered. Those in search of a light read populated by folks who are not afraid to air their drama should definitely try this.

A copy of this title was provided to me for review.