I have the pleasure of sharing a guest post from author Sam Cunningham who explains...


ELF: What is your writing process?

SC:  I have a rich imagination. Scenes keep popping into my mind. Usually I add a few details, and then it sort of fizzles out. Another scene appears almost as if by magic, and the previous one becomes a slowly dimming memory.

I accept that these scenes are all fantasies and nothing more. My training in science enables me to clearly distinguish reality from fantasy and deal with the real world, not my own fantasy world. Donald Trump cannot, and we will all suffer for it. My training in literature enables me to appreciate the cultural and psychological value of fiction.

In the case of the novel I am promoting, "The Legend of Queen Agatha," the first scene was of a beautiful and compassionate princess whose people were being ravaged by an evil sorcerer. To save her people she must identify her handsome prince incognito in the crowd. She can become an enlightened queen only if she succeeds on her first try. I kept on adding more details; so I decided I should write them all down to save them. Writing onto a computer file gives my fiction a sort of reality.

I am grateful for modern computer editors in which I can add, change, or delete small portions of the text with a mere few keystrokes. Hundreds of times over many months I added, changed, or more rarely deleted, one sentence or a paragraph at a time. I consulted a professional editor, and her suggestions motivated many more changes. I could go on changing and making small improvements for the rest of my life. Eventually I accepted that I was reaching diminishing returns, and that it was time to publish. My fiction story becomes real in the sense that it is added to our literary and cultural heritage, and real people besides myself can read it and make it part of their life experience.

The Legend of Queen Agatha
by Sam Cunningham
ADULT title

In the mythical, medieval land of Xana, Queen Julia ruled as a typical aristocratic monarch in a country whose great wealth was concentrated among the privileged few.  Her  daughter, Princess Agatha, was the champion of the commoners.  The evil sorcerer Magi comes to Xana to kill Queen Julia and ravage aristocrats and commoners alike.  Princess Agatha alone is spared, for she is protected by her fairy godmother.  Now the beautiful heiress has two challenges, first to rid Xana of Magi and then to lift all the commoners from poverty into prosperity.  To achieve her first goal she must identify her handsome prince incognito in the crowd on her first try.  She won't have a second chance.  To achieve her second she must invent and use radical political schemes even if not all her people approve.


Elias was an important member of the Queen Agatha's council of advisers, perhaps second in the whole country behind the queen. The queen caught him embezzling royal funds.

Elias was shaken to his very core by Queen Agatha's response. He expected a reprimand and perhaps a mild fine, but instead, she brought him before a huge crowd assembled below the palace balcony and publicly humiliated him. She proclaimed, "Twice you came to me, not to serve our people but to enrich yourself. You will apologize and give back to the people everything you have as atonement and compensation."

Elias cried out to the people of Xana. "I have done wrong. I have taken that which I did not earn. I am sorry. I will return it all to you. I promise never again to violate my queen's trust."

"You will give everything you have to the people," announced Agatha. "You will give all your land, your property, your possessions, and even your clothes. You will keep only the clothes you are now wearing. Everything you have will be sold at auction. I shall use the money to find more teachers. They will teach arithmetic to all the people of Xana so that they understand contracts. No one can shortchange them again as you have done."

"Everything but the clothes I am wearing?" whimpered Elias.

"Everything," responded Queen Agatha, as Elias was led away, crying. "You leave in disgrace. May you one day regain your honor with service, humility, frugality, and generosity to your people." Agatha repeated, "And generosity."

All the wealth that he had accumulated in a lifetime disappeared in a flash. 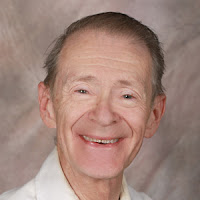 Sam Cunningham is a small college physics teacher.He knows from personal experience with his pupils that through nurturing nearly all young people can become productive citizens.It is an overwhelming tragedy that so many poor children are not given this nurturing.Their personal loss, and the loss to their country of their productive ability, is a catastrophe.As a scientist he understands that critical thinking and the ability to follow where the evidence leads are the only reliable ways to understand the real world.Away from work he leaves the real world of hard evidence to read science fiction and fantasy.His favorite childhood movie was the Walt Disney 1950 cartoon of Cinderella, and he greatly admires strong women.Sam brings together all of these ingredients in this story of a princess who becomes a wise and inspired queen with a personal mission to achieve productivity, prosperity, and happiness for all of her people.