Bookworm Lily Mitchell vowed never to date another musician, but Dylan Parker is nothing like the stereotype. Sure, he’s mysterious and sexy, with a flashy car and serious bedroom skills, but he’s also smart, hardworking, and humble. He shares Lily’s passion for classic literature and constantly surprises her with romantic gestures. Their steamy relationship moves at whirlwind pace, and Lily has never been happier.

It’s all so perfect that at first, Lily wills herself to ignore the emerging red flags. As her worries about Dylan increase, she finds friendship and comfort in his brother and bandmate, Thomas. But Lily soon discovers that as much as Thomas cares for his brother, he’s also fallen hard for her.

As Dylan spirals further out of control, Lily must decide what she really wants, and whom she is willing to hurt.

I sensed Dylan behind me and turned quickly. He offered a mug of tea to me and I accepted. “Five guitars?”

“I thought musicians were supposed to be superstitious. Don’t you have a lucky guitar you have to use each time?”

He kissed the side of my head, inhaling the scent of my hair. I hoped it still smelled like vanilla and lavender and not like hotdogs and carnies. “And just when I hoped you’d stop generalizing about us musicians,” he said. He ambled across the room and began opening each of the guitar cases.

“They’re identical,” I observed. He nodded.

I gestured to the piano. “Do you play?”

He sat at the bench. “What do you want to hear?”

Without pause, he started into a beautiful song. I’d heard it before and suspected it was Chopin, but couldn’t be certain. His fingers moved effortlessly across the ivory keys, his eyes staring straight ahead, closing for long periods. There was something so peaceful about the way he played, and yet so unnerving all at the same time. Dylan was a rocker; he wasn’t supposed to know classical music, let alone to feel it so deeply.

I stepped closer, set my tea on the table beside his, and slipped onto his lap facing him. He smiled, and his hands fell away from the keys only briefly before resuming the song. I smiled at his impressive trick, playing without any visual on the piano, and he leaned in for a kiss. 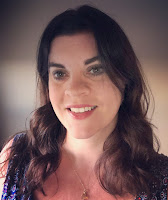 Liza Malloy writes contemporary romance, women's fiction, suspense romance, and fantasy. She’s a sucker for alpha males, bad boys, dimples, and muscles, and she can’t resist a man in uniform. Liza loves creating worlds where the heroine discovers her own strength and finds her Happily Ever After.


When Liza isn’t reading or writing torrid love stories, she’s a practicing attorney. Her other passions include gummy bears, jelly beans, and the occasional marathon. She lives in Hamilton County with her four daughters and her own Prince Charming.

Her books Sixty Days for Love, For Love and Italian , and Forbidden Ink  are available in paperback and ebook, and can be found on Amazon, iBooks, Barnes & Noble, and Kobo.

Links to other books on Amazon:

Sixty Days for Love
For Love and Italian
Forbidden Ink