The Couple by Harlie Williams (guest post and title spotlight)

I am happy to have a guest post from Harlie Williams, author of The Couple

(unfortunately, we had a mild scheduling snafu and she has apologized so profusely that I am embarrassed at my frustration...caused by too many commitments and not enough spare time, but happy to be able to help spotlight her title and I am sure that you will join me in hoping that her life is going much smoother now!)

EPIC Fail but also a learning experience…sorta
by Harlie Williams
Man did I have an epic fail.  Forgot to write this guest post and this is so not good for a struggling author trying to get their name out.  Plus, I’m a blogger, too and I hate when authors forget that they are supposed to be on the blog.  *hangs head*

I could tell you that my life has been in upheaval since Christmas and that’s my excuse.  In some ways it is but it’s still no excuse for missing a blog post.  My life has been a form of a chaotic mess since before the holidays.  Hubs got sick before we left for the in laws and then I get sick on Christmas Eve.  Yes, I spent Christmas Day in bed wishing that the pain would go away.  Good thing is that our son never got sick.  I consider that a score.  Then we were semi stranded at the in laws because the hub's truck wouldn’t start.  Turns out it was the fuel pump and fuel filter.  That took two days to fix.  We finally made it home and everything was going well until two weeks later, the alternator went out on the truck.  *thud* The most awesome thing about the truck going down twice, the price to fix it wasn’t even close to a truck payment.  Yes, our vehicles are paid off and for this I’m grateful.  I’d rather fix a vehicle than have the dreaded payment hanging over our head every month.

Okay, so getting back to my epic fail…we’ve had other stuff come up that just happens in real life.  Unfortunately, I go still when something goes wrong.  I seize up, can’t function and tend to have anxiety attacks that can be incapacitating.  I can function at the house and with the family but my online duties, even checking emails take a back seat.  I’m still working on this because if I can concentrate on the positive than I could be deal with the negative.

So what do you do when bad things happen to you?  I have a friend that takes me off the ledge one too many times.  I love her to bits and if it weren’t for her, I wouldn’t be writing this post.

Again, I sincerely apologize for this and trust me, it won’t happen again.


A woman has one thing on her mind tonight…sex. Dirty, sweaty, kinky sex with a cowboy. With her man gone more than he is at home, she needs the release.
After being away for two weeks, a cowboy goes looking for someone to play with for the night. Being away is part of the job but not having someone to come home to is hurting his soul. Feeling disconnected in his love life, the red head will be perfect.
Once they meet, can one night of pure passion led to more than just a one night stand for either of them? Communication is the key to every relationship. Can these two find a way to connect emotionally or are they destined for heartache.

Her voice was a purr, like a cat well satisfied with its stolen pitcher of cream. “I’m looking for someone special.”

Hoping that she meant him he asked, “Did you find him yet?”

“Maybe.” The glint in her eye told him he was definitely in the running.  However, I’m not looking to hook up with just any old cowboy.  He must be able to go the full eight seconds and come back for more.”  She eyed him from head to toe.  “Think you can handle that?”

Oh, I can most definitely handle you sweetheart.

Not wanting to seem too eager he replied, “I’m not sure but I’m willing to try.”

“Do or do not.  There is no try.”  He struggled not to let his grin escape.  The fact that she was trying to seduce him made his dick twitch.

“Let’s just say I’m looking to burn off some pent up frustration. A little excess energy.  And I’ve got plenty to burn.”

The way she shivered at his words, he knew he almost had her.  He winked as she licked her crimson lips and blew out a small breath.  Damn what this woman is doing to him.

He pushed her knees apart with his left leg and was rewarded with the amazing scent of her arousal.  The knowledge she was wet for him had him close to going off in his jeans.

Houston, we have lift-off!

“Why don’t you have a seat, cowboy, and we’ll talk about it.”

She gasped when he shocked her with a brush of his lips against hers; fighting with everything he had not to deepen the kiss.

He would play her game for the moment but sooner or later, she would be his.  Tied up and begging for more.

He asked her, “Now, about that eight second ride?” 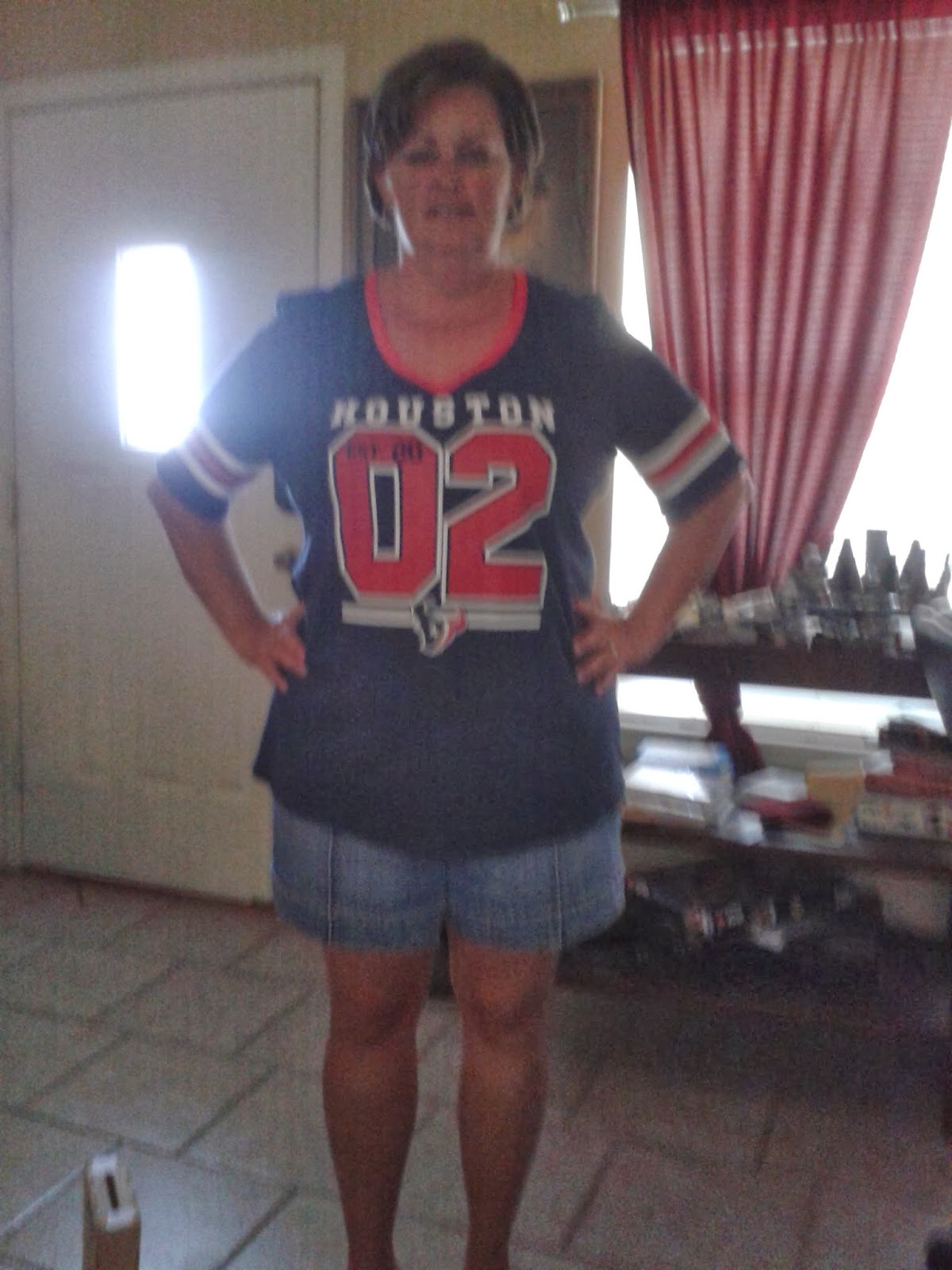 When she is not trying to be Super Blogger and reviewing for her own site, Harlie is a stay at home with a 3rd grade son that keeps her busy with all of his stuff.  Married for 9 years to her own hero and still madly in love with him, she wouldn’t change a thing about her life.  Okay, maybe living in Ireland or New Zealand but those are just pipe dreams.

A certifiable sports nut, she craves college football (OU Sooners and Texas A&M Aggies), Baseball (Texas Rangers and Houston Astros), Dallas Stars hockey and Houston Texans football.  After working for the Dallas Stars Hockey Club for 5 years and naming her son after Brian Leetch you’d think she write a hockey story.  Nope, been there, done that and the t-shirt is a rag.  She prefers just to watch the game now.  Less stress.

Harlie loves to hear from readers and other authors.  You can find her on Facebook most days.  Unless, she’s sitting in the carpool line.  The bane of her existence.