I am happy to have A.M. Griffin visiting today, with a guest post about...


How I began writing erotica

When I began Dangerously Mine, the first book in the Loving Dangerously series, I already knew the plot line. For months I had the same reoccurring scenarios playing in a loop in my head — an alien invasion. Along with that, I envisioned a tough-as-nails girl that served as my alter ego. I imagined her on an auction block with hostile aliens trying to sell her into slavery and of course, all hell breaking loose. My alter ego wasn’t having any of it. My story took flight from there and wow did it ever.

From that very moment, I knew I would submit to Ellora’s Cave.

Since beginning this journey, I have written m/f, f/f m/m/f and f/f/m scenes. Each book holds something new for me, meaning I don’t set out to write a particular type of sexual scene. I also don’t set out to be edgy in anyway. The sexual scenes follow the mood of the book. I enjoy the freedom of writing erotica. My characters don’t have to fade to black as they begin to kiss. I think that makes for very happy characters too (LOL)!

I hope my readers enjoy my books as much as I enjoyed writing them!

(and, in case the guest post didn't alert you...this is an ADULT title)

Jess hates aliens. After the invasion that destroyed Earth, the extraterrestrial bastards sold her to a brothel as a sex slave. She may have escaped but the old memories and fears still linger in the dark corners of her mind. Supposedly Sonis is just the place for her—somewhere safe, where she can heal and start fresh. She’s almost hopeful…until she meets Rasha, her new boss.

Rasha, Captain of the Sonis Royal Guard, is a warrior through and through. He’s huge, sinfully sexy and could have any woman on Sonis—but the woman he wants is Jess. He’s very much an alien and Jess knows she should hate him or at least be wary, but whenever he’s around, she loses control. She tells herself it’s only sex—amazing, mind-blowing sex like nothing else she’s ever experienced—but there’s something about Rasha that shakes her soul. The feel of his skin against hers, the look in his eyes as he touches her—they make her want to believe it’s possible to find love and begin again.

He inhaled sharply. “I can smell you.” Then he let his gaze drop to crotch.

Her hands instinctively dropped to shield herself.

She gasped as he dropped to his knees. “What are you doing?”

He wrapped his arms around her and cradled her ass. Her mouth dropped open as he nuzzled his nose between her thighs. “I can take care of this…you.”

She dug her nails into his shoulder blades. Should she push him away or keep him where he was?

He made a sound so animalistic. So hot and sexy that it made her pussy respond in ways she didn’t want it to.

His fingers worked in unison to massage her ass, all the while pulling her onto his face. She tried to stand her ground even when she rocked to her toes.

He looked up to her with eyes smoldering with heat. “Can I do it Jess?”

She blinked, trying to remember his question. “Do…do what?”

“I want to taste you. I want to bury my face in your pussy. I want to…to…” Growling, he bit her. 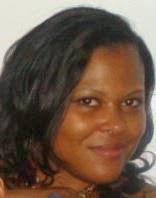 (don't forget to 'like' if you are so inclined)

Join me on Triberr!

“Dangerously Hers” by A.M. Griffin is an erotic science fiction romance that continues the ‘Loving Dangerously’ series that explores the aftermath for humans when a group of aliens known as the Loconuist conquer Earth.  Jessica Moore has reinvented herself as Jess but still carries the scars of her time in captivity at a brothel.  She has trouble maintaining her prickly defenses against the lusty male Sonis named Rasha, even though she should be intimidated because he is an enormous alien but her attraction is stifled by her inability to provide children, a goal greatly desired by those of his race.  The question is whether she will be her own worst enemy or find a way to leave her past behind her where it belongs.

This spicy and imaginative science fiction story is an entertaining read but could use a bit more exposition as the abrupt shift between the poignant prologue and the subsequent events is a little disconcerting.  It would probably be better to have read the first two novellas in the series in order to get a better background on the heroine but it was quite intriguing to get glimpses of the secondary characters such as the ubiquitous Ship and the determined queen Eva.  I wasn’t quite convinced of the attraction between the main characters but I could certainly sympathize with Jess and the reason for her erratic behavior.  A creative and entertaining light read.

A copy was provided in exchange for an honest review.

The author will be awarding a Grand Prize of a handmade bookmark, signed cover flat, pens, flash drive, keylight key chain, a Loving Dangerously t-shirt, a signed copy of Fondled and Gobbled and a $20 Amazon GC to a randomly drawn commenter during the tour. (US ONLY)
Plus, a runner's up prize of a $20 Amazon GC will be awarded to one randomly drawn commenter during the tour.