Five Christmas Romances from the heart warming to heart pounding:

A Witch for Christmas
by Barb DeLong

Whimsical witch Abigail Goodbody must find her one true love by Christmas Eve or be doomed to a loveless future.

The Christmas Wish
by Jill Jaynes

Southern California girl Allie hopes a magical Christmas ornament will bring her the Mr. Right she is hoping for.

A Vote for Love
by Kathleen Harrington

In 1886 Montana, feisty Suffragette Paulette Winslow finds love where she least expects it.

Winter's Warmth
by Angela Shelley
Drawn to an abandoned mansion by mysterious Christmas cards, artifact hunter Alma meets a strangely familiar yet distant astronomer and his captor, a powerful, icy specter in a tale inspired by the myth of the Snow Queen.

from The Christmas Wish
by Jill Jaynes

Matt rubbed the finishing wax into the last section of the hood of his Mustang convertible. The cherry-red paint glowed back at him, catching the mid-morning rays of another perfect California December day, the kind that made everyone on the East Coast want to move here.

From his driveway, he eyed the little house across the street and wondered again about Allie and her date the night before. He’d watched with a frown as she’d hustled past him to let herself into the high-end sports car. He wasn’t too impressed with the guy she was going out with if he couldn’t manage to get out and open the car door for his date.

He knew from experience that guys were on their best behavior when they first met a woman. Once they thought they had her, it was all downhill from there. If last night was an example of this guy’s best behavior, Allie’s future with him didn’t look all that promising.

He bent again to waxing his car, focusing on coaxing out a perfect, high-gloss sheen.

It wasn’t that he was jealous or anything, he was just watching out for his best friend’s kid sister, that’s all. Like he’d promised when he left Afghanistan.

Holy crap, it had never occurred to him that the scrawny, shy high-school girl he remembered would have grown into an accomplished, not to mention smoking-hot, woman in the eight or so years since he’d last seen her. The picture of her dressed in that form-fitting black sweater-thing and thigh-high boots the night before played like a movie in his head, seriously messing with his memories, not to mention his best intentions.


Buy the book at 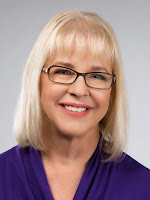 Jill Jaynes began her love affair with romance when she was a teenager growing up in Southern California, spending many a late-night under the covers with a flashlight and good romance novel.  This early addiction stuck, and she discovered one day that telling great stories was even more fun than reading them.

When she’s not writing, you can find her a) wine-tasting, hiking or otherwise hanging out with her awesome husband, b) walking her two high-maintenance dogs, c) plotting her next story with her writer-daughter or d) working at her day job in her spare time. 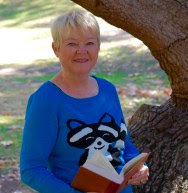 Barb DeLong has always had a passion for reading and writing. She has won and been a finalist in several writing contests. Animals are another passion, and creatures both wild and domestic are featured in most of her stories of love, laughter and magic. Barb contributed contemporary romance stories in Romancing the Pages and Secrets of Moonlight Cove anthologies. A transplant from Canada, she enjoys the sunny climes of Southern California with her one-and-forever hubby and a fluffy, blue-eyed ragdoll cat, two children and five grandchildren.

Kathleen Harrington, multi-published, award-winning author, has touched the hearts of readers across the country and the world with her sparkling tales of high adventure and unending love. Her historical romances have been published in Chinese, Russian, Italian, and German. She lives in Southern California with her American Bulldog, Auron.

When Ottilia Scherschel, a Hungarian immigrant, started sixth grade, she learned her fifth language. After retiring from teaching languages at the college level, she spends her time writing romantic suspense stories set in foreign climes. She has been a finalist in a number of writing contests and published a short story in the Romancing the Pages anthology. Ottilia loves to pack a suitcase to visit family, friends and food or wine purveyors anywhere in the world. When she is not writing, she can be found at the movies, at the gym, or cooking for her husband, kids and grandkids.

Angela Shelley was born in Vancouver, Canada in 1973 and grew up in rural Southern British Columbia. Her love for children's fantasy stems from reading CS Lewis, Tolkien, George MacDonald, JK Rowling, Terry Brooks, Neil Gaiman, and many, many more wonderful authors. She lives in Los Angeles, California, with her husband and their twins.