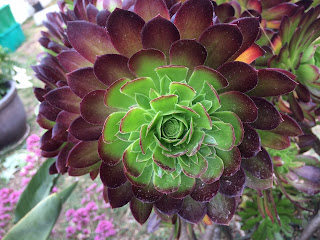 
Discovering my guys
by
Kaje Harper

When I write, I usually start with only a vague idea of who the characters are. As I began Love and Lint Rollers, I knew that Dean was a veterinarian with a big heart, and that Thom loved his cats and had been challenged with his Crohn's disease at times in his life. But for me, it's while I'm doing the writing that I discover other parts of the characters. For instance, I wasn't aware Dean was bisexual up front, but came across both that fact, and the idea that it might be one of the themes in this story, while writing the following scene.
The little thought he has about his friends reminded me of comments from bi and pan friends online, about how they still, in 2018, face bi-erasure, even within the community. That attitude bugged Dean, and I realized it was going to come up again. He also thinks about his mom, and in so doing told me new things about his family life. I admire people who plan out their books in detail and stick to it. But I have a lot of fun coming across new facets of my guys as I write. It makes writing an adventure, and one that doesn't get old or routine. Hopefully that works for my readers, as well as for me.

Even with six beloved cats at home, Thom Fletcher can't help opening his heart to a little injured stray he finds at Pride. Luckily, the generosity of the veterinarian who helps him means he doesn't have to open his wallet. Thom's budget is stretched pretty thin, between his struggling start-up and medical expenses for his Crohn's disease, so the free cat care helps a lot. Thom may have fallen for the little feline, but he's also intrigued by the attractive vet in the bi-pride bracelet.

Dean Edwards went to Pride with his colors on his wrist, hoping to find community after his divorce. Instead, he's pulled into a cat rescue by an appealing man. Dean likes Thom's kindness to strays, his blue-gray eyes, his intelligence, and his perspective from decades as an out gay man. Maybe with Thom, Dean will finally feel able to explore his long-neglected attraction to men.

They're not a perfect match. From Dean's cat-hating dog to Thom's chronic health issues and preferences in bed, going from a casual date to something more will be a challenge for both of them.

Dean locked up the vet clinic and headed out into the sparse Saturday afternoon traffic. Saturdays always felt a bit odd, driving home in the midday sunshine after working a half-day. Most weeknights he didn’t get to see bright daylight, even this time of year.


As he entered the house, his mom’s old Shepherd, Tig, trotted over to meet him like always. “Hey, boy.” He delivered the required head scritchies. “Did you have a good morning terrorizing squirrels and snoozing in the sun?”


Tig’s tail waved in a gentle arc. It wasn’t the ecstatic wagging that used to greet Mom before she passed.


Tig’s sigh was surely due to his arthritic joints, not Dean’s words. He walked stiffly back to the kitchen, and Dean followed behind.


As he reached for his phone charger, his rubber Pride bracelet, sitting in the dish on the counter, caught his eye. Pink, purple, and blue. The first time he’d made that kind of public declaration. He imagined Mom looking down from heaven, no doubt demanding he get that blasphemous thing out of her kitchen.


Picking up the loop of rubber, he turned it around and around between his fingers. Maybe she would’ve understood? Probably not, though. In any case, it was too late to come out to her now. He flicked a look upward. “Sorry, Mom. I hope you’ve met some nice gay folk there in Heaven, and they’ve taught you differently.” He missed her with a sudden pang. Despite her narrow-mindedness, she’d been a generous, kind woman, the sort who’d have helped out a gay person, while trying to gently “bring him to the Lord.”


She’d loved him, raised and encouraged him despite their differences. Two years later, her kitchen still surrounded him with warmth. His eyes stung. “Wish you were here. Even though we’d fight about this, and this time I’d stand my ground.”


He could almost hear his father, a few years further back, saying, “Respect your mother, Dean. You owe her that.”


Wow, getting maudlin. A downside to still living in the family home. He opened a drawer to put the bracelet away, then paused, and slipped it back over his wrist. Mom and Dad were gone. He’d decided to move on with his life. No back-sliding.


In that spirit… He grabbed his phone and texted Thom before he could chicken out. ~Hey there, it’s Dr. Edwrads, just wanted to check on our girl


He sent it. Then saw his typo and had to rub his eyes. ~*Edwards. I do know my own name


There was a long enough pause that he’d set the phone down and was checking the fridge when he heard the chime. He fumbled it on, trying not to expect too much.


A laughing emoji. Then ~She’s doing well. One sore spot on her neck that she scratched up. Hang on, I’ll send a picture


After a minute, a photo of the cat’s head appeared. Her fur was starting to grow in where he’d shaved it, but he could see a knot of scabs along her neck. He enlarged the picture. It didn’t look too bad. ~Is it getting better or worse?


~Just not healing. She keeps scratching it open. It’s the wrong place for a cone collar


~You could put nail caps on her


~Ha. Been there, tried that on another cat. Not good


~I could bring some over. We might manage it together


There was a longish pause.


~I can bring some ointment too, he added. Cats could be a bit of a challenge, although they often had ninja healing skills.


~Sure. Can’t hurt to try. Do you need my address? Or should I just bring her to the clinic tomorrow?


He breathed a sigh of I-didn’t-sound-stalkery relief. ~No need to stress her with a car ride. Your address is in her file


He’d put Thom’s phone number into his own cell, skirting the border of appropriate. Address info was in the clinic records, though, a password and a couple of clicks away.


~An hour? No, make it two. He needed to shower, eat, give Tig a walk, and run by the clinic for nail caps.


~Sounds good. He set his phone down and reminded himself he shouldn’t let it sound too good. Cat first. Anything else, if there was anything, afterward.


He couldn’t even be sure Thom was gay or bi, despite the string of rainbow beads he’d been wearing and the Pride flag. Everyone and their allies went rainbow at Pride. He might be ace or intersex and straight. And even if he was gay, he might have no interest in expanding the horizons of a forty-four-year-old bisexual veterinarian.


Dean tugged at his bracelet, snapping it against his wrist. He’d played the straight ally for so long, this all felt weird. Like a Halloween costume he was trying out.


In the years before his best friends Shawn and Jonah had moved off to Colorado, the bastards, they’d spent more than one drunken night telling him about the sins of being bi. How bisexual was really liar’s code for someone too chicken to come out, too greedy to be faithful, or certain to cut and run if things got tough. As the straight-acting bi guy married to a woman, he’d nodded and held his tongue. A lot. He had a degree in hold-your-tonguing after decades with his friends and family. Graduated Maximus Claspus Linguous.


Maybe he should put that on a plaque. Or maybe it was really, finally time to stop…

Bio
I get asked about my name a lot. It's not something exotic, though. “Kaje” is pronounced just like “cage” – it’s an old nickname. I’ve been writing far longer than I care to admit (*whispers – forty years*), mostly for my own entertainment, usually M/M romance (with added mystery, fantasy, historical, SciFi…) I also have Young Adult short stories (some released under the pen name Kira Harp.)
It was my husband who finally convinced me that after all the years of writing just for fun, I really should submit something, somewhere. My first professionally published book, Life Lessons, came out from MLR Press in May 2011. I now have a good-sized backlist in ebooks and print, both free and professionally published, including Amazon bestseller The Rebuilding Year and Rainbow Award Best Mystery-Thriller Tracefinder: Contact. A complete list with links can be found on my website "Books" page.
I'm always pleased to have readers find me online at: