This post is part of a virtual book tour organized by Goddess Fish Promotions. Melissa will be awarding a Nordic Lights Dolphin Triskilian Pendant for Guidance and Inner Peace to one randomly drawn winner via rafflecopter during the tour, as well as a signed paperback copy of The Mating Game to two randomly drawn winners (US ONLY) via the rafflecopter at the end of this post. 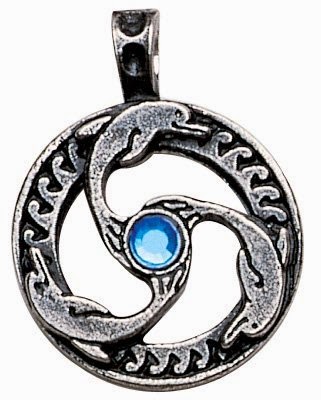 Two males…two friends…a competition for the right to claim The Heart of the Iron Stone Pack.

An alpha female at her core, Theresa Sanchez struggles to protect her young daughter, but rivalries and politics create volatility in the pack. As Theresa comes into heat, lust and need rule her body. Her pack demands only the most virile male have her. How can she choose only one mate when her body craves two—the virile beta and the man she loves?

Zachary Hunter will do anything to take Theresa as his mate, even if it means killing his best friend. However, Robert Blane is just as determined to ascend to Alpha. Both their beasts howl to mark her flesh, but only one can survive to claim her. But with enemies circling, they must fight…for the pack, for Theresa, and for a future together.

It was unusual attire for a dominant male werewolf.

She stepped closer and sniffed, seeking to satisfy the impulses of her she-wolf. The earthy scent of him flooded her nostrils—masculine and potent—inciting the heated ache of arousal between her thighs. She licked her lips, hoping that drool hadn’t dribbled down her chin. The man made her mouth water.

“My eyes are up here, love,” Zach quipped in a crisp British accent. His hand lifted and a long, elegant finger tapped her chin.

“Oh, right. Sorry.” She forced her roaming eyes upward, away from his buff chest, striving to remember that she and Zach didn’t play like that. The man was many things to her: best friend, confidant, and protector. He fixed leaky faucets and kept her ancient car running. But of all the roles he played, he remained “lover” only in her dreams.

• Melissa Snark is published with The Wild Rose Press & as an Indie author with five unique titles: A Cat's Tale: (Lycan Romance)

and Battle Cry (to be released in 2014).
• She lives in the San Francisco bay area with her husband, three children and a glaring of cats.
• She is a professional cat herder and unrepentant satirist who blogs about books and writing on The Snarkology.