The author was running a little late, but here is her guest post...


ELF:  What would be your dream place to visit and why?

LL:  Part of my work with GE took me all over the world, including living in Paris, France, for three years. I had a beginner’s knowledge of French from high school and college, just enough to be dangerous. When I returned to the US several years later, I was fairly fluent, which still surprises me.
My first job there was as a buyer of mechanical parts. Most of the suppliers I met with could not speak English so we muddled through our conversations as best we could. One of the first phrases I memorized in French was … I must have a price reduction. There is no point in debating with me because I can’t understand you anyway.
Not a bad tactic, right? They would explain away why my demand wasn’t feasible and my reply would be simply, “Je ne comprends pas.” (I don’t understand), which was often true!
About three months in, our secretary came running over to me shouting, “Non, non, non.” I thought I was inviting one of my suppliers to follow me to the conference room. Well, I confused “salle” (room) and “chambre” (bedroom). Turns out I was saying, in informal French, “Follow me, I reserved a bedroom.”
I’m sure I made a few other mistakes along the way, but my time in Paris was so enriching. Besides the sight-seeing and new friendships, France taught me another way of life… to take time to have a coffee in the morning with a colleague, to appreciate a five course meal that takes five hours, to enjoy a Sunday afternoon walk, and so much more.
So, you ask my dream place to visit – I was fortunate for that dream place to come true! J’adore Paris!

Free of Malice
by Liz Lazarus

Laura Holland awakes in the middle of the night to see a stranger standing in her bedroom doorway. She manages to defend herself from the would-be rapist, though he threatens to return as he retreats. Traumatized with recurring nightmares, Laura seeks therapy and is exposed to a unique treatment called EMDR. She also seeks self-protection— buying a gun against the wishes of her husband. When Laura learns she could have gone to prison had she shot her fleeing assailant, she decides to write a hypothetical legal case using the details of that night. She enlists the help of criminal defense lawyer, Thomas Bennett, who proves to be well versed in the justice system but has an uncanny resemblance to her attacker. As the two work together to develop the story, Laura's discomfort escalates particularly when Thomas seems to know more about that night than he should. Reality and fiction soon merge as her real life drama begins to mirror the fiction she's trying to create.

Run. Run faster. As much as I strained my legs to move, they were immobile, like I was waist deep in quicksand.

Why can’t I move?

I tried to scream for help but my mouth was full, like it was stuffed with cotton—no sound would escape.

I felt something clutching my shoulder. No, it was someone. He was pushing me forward and then yanking me back. I tried to jerk away but he had a tight grip, like a vice.

I have to break free.

The tugging got harder, more forceful. He was calling my name— over and over. He knew my name.

I jolted awake—my husband’s hand still on my shoulder.

“Honey, wake up. You’re having another bad dream.”

Slowly, I turned over in bed and looked at him—his dark brown eyes were fixated on me. I could see them clearly as the light from the bathroom brightened our bedroom.

For a month now, we had slept with this light on.

I could see the small wrinkle on his forehead. I loved that wrinkle though wished he didn’t have good reason to be so concerned. I was enduring the nightmares, but he had to deal with my tossing and mumbling in terror.

I remember when we first met—ten years ago in chemistry lab at Georgia Tech. He had walked up to me with those warm eyes and a charming, confident smile and asked, “Want to be partners?”

Two years later he took me to Stone Mountain Park, rented a small rowboat and, in the moonlight, he pulled out a diamond ring and asked me again, “Want to be partners?”

Life had seemed just about perfect. 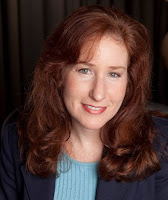 Liz Lazarus is the author of Free of Malice, a psychological, legal thriller loosely based on her personal experience and a series of ‘what if’ questions that trace the after effects of a foiled attack; a woman healing, and grappling with the legal system to acknowledge her right to self-defense.


She was born in Valdosta, Georgia, graduated from Georgia Tech with an engineering degree and the Kellogg School of Management at Northwestern with an MBA in their executive master’s program. She spent most of her career at General Electric’s Healthcare division and is currently a Managing Director at a strategic planning consulting firm in addition to being an author.

Free of Malice is her debut novel, set in Atlanta, and supplemented by extensive research with both therapists and criminal defense attorneys. She currently lives in Brookhaven, GA, with her fiancé, Richard, and their very spoiled orange tabby, Buckwheat.