Roswell. Area 51. The X-Files.
You've seen the aliens known as the Greys in movies and on T.V. You may think you know all about them.
But what if everything you think you know is wrong?
And what if the Greys are only the beginning?

The Makers is Wright's follow-up to her award-winning Sci Fi debut H.A.L.F.: The Deep Beneath. A fast-paced action adventure with a touch of romance.


The cold void that had swallowed Erika’s scream as she entered the alien ship enveloped her. Her once-again boyfriend Jack was no longer below her. Ian was not beside her. She didn’t know where Tex or Dr. Randall were. She was surrounded by darkness, the only sound the frantic beating of her heart.

The fat, wet tears that had spilled onto her cheeks evaporated into the cool, dry air. She’d feared being compressed into nothingness, but the pressure subsided. She tried to kick her legs and run but she was paralyzed, able to move only her eyes.

She couldn’t tell if she was floating in the center of the alien ship or hovering in a void of nothingness. She could have been upside down and not known it.

Erika screamed for Ian but no sound came from her. Despite the chill in the air, sweat dripped from her temples. Her eyes flitted wildly from side to side, trying to see something – anything. She closed her eyes in an effort to shut out the unnatural vacuum around her, but it was no good. The dark inside her mind was no better than the black emptiness of the ship she presumed she was in.

Don’t panic, Erika. Maybe they immobilize us for our own safety. Since humans had not achieved interstellar travel, there was no reference point for how it was done. She remembered Jack’s words. “Cowboy up,” he’d said. Erika wasn’t sure she was cowboy enough for space travel. 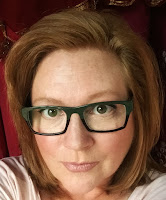 Natalie is the author of adventurous speculative fiction for teens and adults including her award-winning science fiction series, H.A.L.F., and The Akasha Chronicles, a young adult fantasy trilogy. She lives in the high desert of Tucson, Arizona with her husband, teen daughter, and two young cats.


Natalie spends her time writing, reading, hanging out on social media, and meeting readers and fans at festivals and comic cons throughout the western United States. She likes to walk in the high desert, snorkel in warm waters, travel, and share excellent food and conversation with family and friends. She was raised an Ohio farm girl, lives in the desert Southwest, and dreams of living in a big city high rise.

Natalie enjoys chatting with readers, so stop by and say hi: 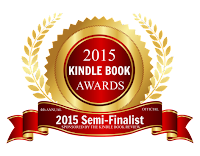